Minister of Health Michalis Hadjipantela announced after a cabinet meeting on Monday the new measures including inter alia the decision to vaccinate children aged 5-11, and the preconditions for the participation in social events such as weddings and baptisms, but also the entry to restaurants in hotels, which will be allowed only to vaccinated people who should also have either rapid test or PCR.

The Council of Ministers gave the greenlight for the vaccination of children aged 5 to 11 which is expected to start this Thursday.

The second measure decided provides that as of December 15, 2021 to January 15, 2022, vaccinated individuals reported as close contacts of a confirmed positive case are required to undergo a rapid antigen detection test within 72 hours and on the 7th day a free PCR laboratory examination carried out by public clinics. Excluded from the measure, he said, are those who received the booster/3rd dose of vaccine.

Thirdly, from December 15, 2021, the Government decided the mandatory restriction of individuals whose sequencing of their positive samples concerns the Omicron variant of the virus or any possible future variant, in areas to be indicated by the Ministry of Health. The contacts of the specific cases are obliged to remain in self-isolation, regardless of vaccination coverage, following the protocol of the Ministry of Health.

The fourth measure concerns the review on January 15, 2022 of the previous decision of the Council of Ministers to abolish SafePass for those individuals who do not receive the booster / 3rd dose of vaccine against Covid-19 after 6 + 1 months. The Minister clarified that persons who have concluded the period of 7 months from the second dose of vaccination for dual-dose vaccines and for the single-dose vaccine, for Safe Pass purposes they should undergo a 72-hour PCR laboratory test and 48/hour rapid test detection test.

Furthermore, the Minister announced that it was decided that people who have been excluded from vaccination for health reasons following a decision by the medical council will not be obliged to have their SafePass scanned through CovScan application but will need to present a negative weekly rapid or PCR test.

The sixth measure concerns that from December 15, 2021 to January 31, 2022, entry to social events such as weddings, christenings and restaurants in hotel units should be permitted only for persons who have received at least one dose of the vaccine and a negative result of PCR laboratory test or Rapid test. The previous decision of the Council of Ministers for these venues is also valid, the Minister clarified, as well as for indoor and outdoor stadiums, theaters, cinemas, theaters, music and dance centers, entertainment centers and restaurants.

The seventh measure concerns the cancellation unless the health protocols are followed, of Christmas events organized by companies, organizations and unions indoors and outdoors.

Eighth, from December 15, 2021, passengers arriving in the Republic of Cyprus, are required to undergo a rapid antigen Rapid test after 72 hours from the day of arrival. The rapid test will be provided free of charge through the sampling points of the Ministry of Health, presenting the boarding pass and identification document (identity card, passport). Excluded are those who have received the booster/3rd dose of vaccine.

Finally, as of 15 December 2021, the reduction of the time period to 5 months and two weeks instead of 6 months, for the booster/3rd dose of vaccine.

Initially, the Minister conveyed the concern of the members of the Cabinet for the difficult days we are experiencing, noting that the whole world is in a constant “war” with a deadly virus, which changes faces, mutates, adapts, transmitted faster than it used to do, and which in some cases strikes instantly and creates very serious long-term problems in vital organs.

Hadjipantela said that in the “war” against the pandemic, we are responsible for what happens to us, but we cannot behave selfishly.

He stressed that in this state of emergency, the full implementation of the measures proposed by experts and vaccination, which is considered the most powerful weapon of science, is not a matter of individual choice. “We cannot be indifferent to the protection of those around us, but also to the grief we may cause to our beloved ones,” he said. 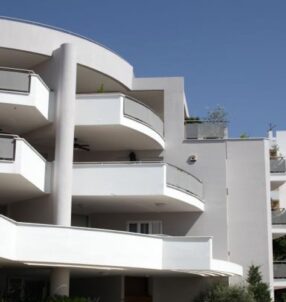