The Cyprus government has updated the epidemiological risk assessment of countries concerning COVID-19, on April 19, by removing Ireland from the red list of countries and placing it in the orange list.

The change means that starting from April 22, travellers from Ireland are no longer subject to double testing in order to enter Cyprus. They are only obliged to present the negative results of a PCR laboratory test taken within 72 hours prior to departure,

Announcing the changes, the government noted that they are part of a decision of the Council of Ministers taken on February 18 regarding the Action Plan for the gradual resumption of flights and the re-opening of airports.

“The categorization for the countries of the European Union and the European Economic Area (Iceland, Liechtenstein, Norway) as well as Switzerland, in the Green, Orange or Red Categories, is based upon that of the European Centre for Disease Prevention and Control (ECDC),” the government notes in a press release.

As a result, currently, only those in the green category of countries can enter Cyprus restriction free. Here are included Iceland, Australia, New Zealand, Singapore, Saudi Arabia, and South Korea.

In the previous update of April 5, Thailand was also on this list, but due to an increase in the number of cases, it has placed in the orange category of countries, which includes countries with low risk, but a greater uncertainty compared to the green category.

In addition to Thailand, Portugal, Ireland, Finland, China (including Hong Kong and Macau), and Israel are also part of this category.

Arrivals from these countries are subject to the requirement of a PCR laboratory test within 72 hours prior to departure.

Exempt from this measure are several categories arriving from the orange countries. They will, however, have to undergo the molecular examination upon arrival in Cyprus and remain self-isolated until the results are ready. These categories are:

Next comes the red category of countries, in which are placed countries with an increased risk of COVID-19.

The list is the same as that of April 5, except that Ireland has been removed. As a result, the following EU countries are currently on this list: Austria, Belgium, Bulgaria, France, Croatia, Luxembourg, Romania, Spain, Italy, Greece, Malta, Netherlands, Hungary, Poland, Denmark, Slovakia, Slovenia, Czech Republic, Estonia, Latvia, Lithuania, Sweden, and Germany.

At the same time, part of the list are also the European microstates Monaco, Vatican City, and San Marino, as well as the Schengen associated countries Switzerland, Liechtenstein, and Norway.

The following third countries are also part of the list:

Arrivals from countries in the red category are obliged to undergo a PCR laboratory test within 72 hours prior to departure, proving a negative PCR result. They also need to go through a laboratory test upon their arrival in Cyprus, as well, and to remain in self-isolation until the results of the latter test are out.

Travellers should cover the results of the tests by themselves.

Exempt from this requirement are only Cypriot citizens and their close family members (alien spouses and their underage children, persons legally residing in Cyprus, as well as those who are entitled to enter the country under the Vienna Convention.

All three categories of those exempt are obliged to undergo a test upon arrival in the country. The same must remain in self-isolation for 72 hours upon arrival, and after the end of the 72-hour period, they must undergo another PCR test at their own expense

As per the rest of the world countries that are not part of any of the lists above, they automatically fall in the grey category. Arrivals from these countries can only enter Cyprus upon special permission. 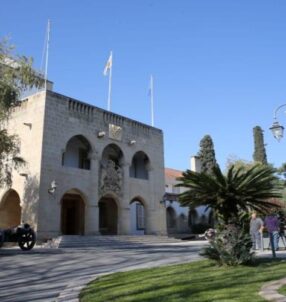 Lockdown in Cyprus was successful, next step is ‘safepass’ Deputy Government Spokesman says