According to the presidency, President Anastasiades arrived in New York accompanied by Minister of Foreign Affairs Nikos Christodoulides, Government Spokesperson Marios Pelekanos and other government officials.

Later today he will attend an event to be held at the residence of the Permanent Representative of the Republic to the UN Andreas Hadjichrysanthou, during which the President will honour the Executive Director of the American-Jewish Committee David Harris.

President Anastasiades will award Harris with the Order of the Commander-in-Chief of the Order of Makarios III, which is one of the highest honours awarded by the Republic of Cyprus, for the important role that Harris plays in upgrading relations between the countries of the Eastern Mediterranean, in the strengthening of the strategic cooperation between Cyprus and Greece, Israel, as well as for his support in the struggle of the Republic of Cyprus for finding a comprehensive and sustainable solution to the Cyprus Issue.

Tonight, the President of the Republic will attend a dinner with representatives of the leadership of the Federation of Cypriot Organisations of America, whom he will brief on the developments in the Cyprus issue.

Tomorrow, Monday, President Anastasiades will visit Ground Zero, where in a special ceremony he will lay a wreath at the Monument to the Victims of the 9/11 terrorist attacks.

Then he will have a meeting with the Director General of UNESCO Audrey Azoulay, with whom he will discuss, among other issues, the agenda of the 41st Session of the UNESCO General Conference to be held in Paris next November and issues related to the protection of cultural heritage, including the related Convention which functions as a tool for the protection of cultural heritage and provides protection through the criminalization of illegal excavations, thefts and others.

Following these events, President Anastasiades will hold a press conference about his meetings in the USA, as well as the bilateral meeting he will have with the UN Secretary General. Antonio Guterres and his joint meeting with Guterres and the Turkish Cypriot leader Ersin Tatar.

After the press conference, the President of the Republic will host a delegation of the American Jewish Public Affairs Committee (AIPAC), with the members of which he will discuss the further enhancement of the strategic relations between Cyprus and Israel and will brief them on developments in the efforts to resolve the Cyprus issue. 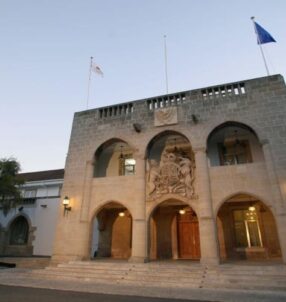