Cyprus’ public debt reached €26 billion, or 124% of GDP at the end of February pushed by increased borrowing by the government in a bid to support the real economy amidst the crisis caused by the coronavirus pandemic.

The rising public debt comes as the Cypriot authorities sought to boost cash reserves building a buffer that would enable the government to continue supporting the economy as the COVID-19 crisis continues.

Finance Minister Constantinos Petrides has told CNA that “it was a strategic target from the onset (of the pandemic) without jeopardizing downgrades or the public finances sustainability,” noting this move gave the government “the capacity to support the economy with immediate interventions whenever needed.”

According to data by the Central Bank of Cyprus, the government cash reserves amounted to €4.97 billion with net public debt (adjusting for cash reserves) amounting to €21 billion.

The public debt increase takes place amid the favourable borrowing conditions due to monetary policy decisions by Central Banks pushing sovereign yields downwards as well as Cyprus’ continued investment-grade rating despite the pandemic. According to data of the Public Debt Management Office (PDMO) despite the elevated debt Cyprus’ debt servicing cost continued its downward path, declining to 1.8% of GDP in end-2020.

Furthermore, Cyprus public debt will decline by end-April as the authorities will repay a Treasury Bill issued last year to domestic financial institutions amounting to €1.25 billion, while an additional domestic bond amounting to €580 million is set to mature by the end of the year. This debt is replaced with more long-term and cheaper borrowing from the markets, leading to a more smooth maturing curve and lower servicing costs, two elements considered essential for debt sustainability.

Accordingly, the IMF said in its press release after the conclusion of article IV mission to Cyprus, that “despite the elevated debt level—118 percent of GDP at end-2020—a sizeable cash buffer and extremely low financing costs are expected to provide a cushion for debt sustainability for some time.”

With the pandemic public support measures exceeding €1.2 billion so far, the Finance Minister told MPs last week that the government will continue supporting the economy amid the pandemic.

In its latest World Economic Outlook, the IMF said that until the pandemic ends fiscal policy should remain supportive and lifted gradually, adding that “thanks to unprecedented policy response, the COVID-19 recession is likely to leave smaller scars than the 2008 global financial crisis.”

It noted however that in countries with limited fiscal space “extraordinary spending will need to be balanced with debt sustainability within credible frameworks.” 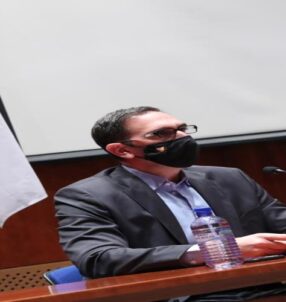