NEPOMAK UK hosted an online event on its Facebook page on 1 April, to mark the beginning of the 1955-59 EOKA struggle against the colonial rule of the British Empire, but also to discuss the contribution of Cypriots to the Greek war of independence in 1821, on its 200th anniversary.
The guest speaker was the Republic of Cyprus Minister of Education, Culture, Sports and Youth, his excellency Mr Prodromos Prodromou. In his speech, Minister Prodromou stressed that the two anniversaries “are a source of inspiration for the challenges we face today, in our quest for a free, united Cyprus.”
After giving examples of the contribution of Cypriots to the Greek Revolution, the Minister emphasised that “only six days separate the two great anniversaries in the calendar, but 133 years had passed between the two historical moments. While the Cypriot Hellenism participated in various ways in the great revolution of Greece, the liberation struggle itself could not reach Cyprus. And yet, despite the distance in time, the two national anniversaries are twin brothers. They have the same root: the passion and desire freedom. It is as if 133 years had not passed.”
Addressing the membership of NEPOMAK UK, Minister Prodromou reminded them, that it was mostly youngsters like them, that sacrificed their lives in the Greek revolution of 1821 and the EOKA struggle of 1955-59, who “full of national pride, ordinary people became heroes, giving the world lessons of honour and dignity, but above all teaching us how to fight for freedom, against all odds.”
He also referred to the presence of the President of the Republic at the celebrations in Athens and conveyed the greetings of the Republic of Cyprus President Mr Nicos Anastasiades to the youth of the Cypriot diaspora. In conclusion, he thanked NEPOMAK UK and its members, for their contribution towards a free united Cyprus, as well as the work done to connect young Cypriots with their roots via their visits to Cyprus, online Greek language course and their activities in the UK.
Following the event, Mr Prodromou said on his Twitter account that: “Together with the new generation of our diaspora (NEPOMAK), I had the opportunity to celebrate our two national anniversaries, our struggles for freedom. 200 and 66 years later, we draw conclusions and we are inspired. Hope and courage from the overseas youth, who hold the thread of our history.”
The session was coordinated by NEPOMAK UK General Secretary, Adrian Patsalos. The NEPOMAK UK President, Constantine Alexandrou also participated and delivered the closing remarks, marking the two important, historical occasions for Cypriots across the world.
To date, more than 1600 people have watched the event. The event has been saved and can be watched on NEPOMAK UK’s Facebook page, www.facebook.com/NEPOMAK.UK
NEPOMAK is run day-to-day by 150 volunteers. We run activities in over 40 cities globally, directly reaching 15,000 young Cypriots around the world. We are always looking for more enthusiastic, driven, young individuals to help develop our organisation. By getting involved, our members have the chance to learn new skills, challenge themselves and develop life-long friendships. Sign up as a member with your local organisation today by visiting our website or visit our social media pages for regular updates. 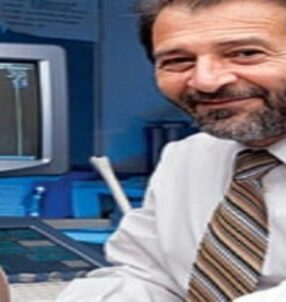