Some customers complained that their car wouldn’t start after buying petrol over the past few days from the Sainsbury’s forecourt in Bangor, Northern Ireland. Sainsbury’s said it was investigating the claims about the forecourt.

One customer said she had been without a car for days after she filled up on Thursday afternoon, saying her car had “chugged” its way home after she bought the petrol.

She said she woke up the day after and found that the car wouldn’t start.

Speaking with Stephen Nolan on his BBC Radio Ulster show, the driver claimed staff told her they were aware of an issue and had contacted upper management.

She continued, saying: “I’m without a car, I’ve already lost earnings on Friday and today.

“My child as well, I haven’t been able to get him to school or any of his clubs over the weekend. It’s been five days now I’ve been without a car.

“I don’t know if there’s any lasting damage to my car.”

The driver said she had contacted a company which specialises in draining fuel from cars – mainly for people who fill up with the wrong fuel – and was told they had responded to 20 calls about issues.

They said they did not believe it was a case of the wrong fuel.

She claimed the Sainsbury’s call centre informed her she was the 15th person to report the matter.

Another customer called Jonathan said he filled his car on Thursday afternoon from empty with £50 of petrol before he drove home a mile away.

He said: “I started up the next morning and it didn’t go well – white smoke, bunny hopping – just no power, lots of issues.

“I contacted a mechanic and Sainsbury’s and turns out the petrol station has been closed for an investigation into contaminated petrol.

“I contacted a few local garages and there’s at least five or six other people that I know of who got petrol there and their cars are currently off the road.”

The affected driver said he now required extensive work on his car.

A third driver complained to Belfast Live about how the fuel has affected his car, claiming: “Numerous motorists are having issues, me amongst them. I’ve contacted a few local garages and all have people in with fuel issues after filling at Sainsbury’s.

“One customer was even recovered from the forecourt.” 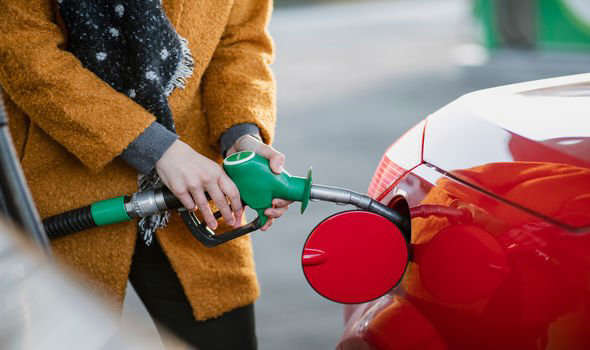 © Getty A driver filling up their car.

“As soon as you started it up you could tell something wasn’t right with the engine – it was struggling.

“I only live about a mile away, so I filled it up and drove home. Then the next morning when I started it, that’s when it all went wrong.

“It’s the last thing you think when your car breaks down, whether it was the £50 worth of petrol that caused it. You’re not going to think like that.

“How many people in Bangor or anyone who filled up there in good faith has had something wrong with their car?”

In a statement to Belfast Live, a Sainsbury’s spokesperson said: “We have received a small number of complaints from customers who used the unleaded pump at our Bangor petrol filling station towards the end of last week.

“Unleaded petrol is unavailable while we investigate and we continue to offer diesel and super unleaded.

“We will keep our customers updated and we’re sorry for the inconvenience this may cause.”