DVLA warns drivers of three new laws this month with fines of up to £1,000

Motorists are being warned about three new driving laws that are set to come into force this month.

From caravan and towing changes to Clean Air Zones, motorists should be aware of these changes so they don’t get hit by a fine.

Some motorists could be fined as much as £1,000 if they don’t follow the new rules that come into force this month.

Other changes mean that drivers could be forced off the road with licence rules also changing in November after an automatic licence extension runs out, Birmingham Live reports.

New towing laws also mean there are changes to the limits that you can tow while going on holiday or towing a trailer for your business.

Here are all the changes coming into force this month that everyone should know about.

Portsmouth will introduce a Clean Air Zone just like London which means that it will be the third city to introduce it.

From November 29 hire cars such as taxis will be charged £10 per day to drive in the zone while coaches and lorries will be hit with a £50 fee.

The charge will not affect private cars but will impact private hire vehicles and some businesses.

Back in September Portsmouth Council said the scheme was “not a preferred option” to reduce emissions.

They said: “We’ve been working hard to make sure that anyone that may be charged as part of the CAZ has been informed and supported, and in many cases, we’ve been able to offer support for owners to upgrade their non-compliant vehicles.

“We’ve also made sure that systems are all in place ahead of launch so that it goes as smoothly as possible.

“Although a Clean Air Zone is not our preferred option for improving air quality in Portsmouth, we are required by central government to launch the zone.”

Birmingham’s Clean Air Zone came into effect on June 1 this year with charges starting on June 14.

The Class D air zone means that cars, taxis, vans, lorries, buses and coaches face a daily charge for coming into the city centre if they are not compliant with emissions standards and have not obtained an exemption.

Licences which were due to expire between February and December 2020 were given an automatic 11 month extension because of the pandemic.

This means any licences which were due to expire last December will need to be renewed by the end of November.

However, drivers may be caught out by delays with DVLA services as a result of social distancing by its workers.

They warn paper applications are taking between six and 10 weeks to process but there “may be longer delays”.

Changes to towing rules mean anyone who passed their car driving test after January 1 1997 can now tow trailers up to 3,500kg

Under current rules, drivers who passed after this date had to go through an extra car and trailer test to tow anything heavier.

The DVLA will automatically update your driving licence record to show you can tow trailers.

However, some experts still hold concerns over the new rule changes.

Jonathan White, Legal and Compliance Director at the National Accident helpline said they were concerned the changes could “present additional risk”. 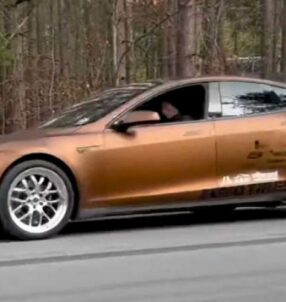