You are here: Home  /  UK NEWS  /  England told to ‘hold its nerve’ ahead of easing of lockdown outdoors
UK NEWS The nation has been warned not to “squander the gains” made against coronavirus ahead of a major easing of the lockdown to allow greater freedoms outside.

He issued the warning ahead of groups of up to six, or two households, being able to socialise in parks and gardens once more as outdoor sports facilities reopen and the stay-at-home order ends in England on Monday.

Earlier, Boris Johnson said he is wary of the prospect of rising coronavirus infection rates, but sees “absolutely nothing in the data” to halt the easing of the lockdown.

© 2021 Getty Images LONDON, ENGLAND – MARCH 26: A handful of commuters are seen onboard an underground train during what would traditionally be a busy morning period for travel, on March 26, 2021 in London, England. A year after the first Covid-19 lockdown discouraged use of public transit, ridership on the London Underground, which recorded around 4 million rides every weekday pre-pandemic, is hovering around 20 percent of normal. Transport for London worries it will take two years before ridership – and hopefully the agency’s finances – returns to normal. (Photo by Leon Neal/Getty Images)

The Prime Minister acknowledged cases could again spiral as restrictions are relaxed but said the “key difference” this time is that the rise in prevalence should be “sufficiently mitigated” by the successful vaccine rollout.

Prof Powis said the prospects “look immeasurably brighter and more positive” but said that the easing “does not mean job done”.

“We’ve made enormous progress that we need to build on and not squander the gains we’ve made,” he wrote in the Sunday Telegraph.

“We need to hold our nerve and drive for the line, so everyone can get back safely and soon to our normal lives.”

Meanwhile, the UK was planning to offer 3.7 million jabs to Ireland, partly to help ease lockdown restrictions in Northern Ireland, according to the Sunday Times.

It would be the first time Britain exported jabs to the EU and the newspaper reported a Cabinet minister saying it would be a “poke in the eye” for Brussels amid a row over supplies.

The arrival of Moderna vaccines to the UK had been expected in spring, but the Mail on Sunday reported that the first 500,000 doses will arrive imminently in a boost for the rollout.

During a discussion at the Conservatives’ virtual spring forum on Saturday, the Prime Minister said that a “third wave” is being witnessed in parts of Europe and “bitter experience” has taught him that this could hit the UK “three weeks later”.

© 2021 SOPA Images LONDON, UNITED KINGDOM – 2021/03/26: The message Hope is displayed in a quiet Piccadilly Circus, with London still under lockdown. The Stay At Home order is set to end on 29th March. (Photo by Vuk Valcic/SOPA Images/LightRocket via Getty Images)

But he added: “There’s lots of promising evidence that a lot of people who could be vulnerable are now protected against death and serious disease, that’s my hope, my hunch.”

Mr Johnson remained optimistic that his road map to easing England’s restrictions can continue, saying there is a “good chance” of allowing non-essential retail reopening on April 12, when hairdressers are also earmarked to reopen.

“In just a few days’ time, I’m finally going to be able to go to the barbers,” he said in a subsequent speech.

“But more important than that, I’m going to be able to go down the street and cautiously, but irreversibly, I’m going to drink a pint of beer in the pub.

“And as things stand, I can see absolutely nothing in the data to dissuade me from continuing along our road map to freedom, unlocking our economy and getting back to the life we love.”

The Government said a further 58 people had died within 28 days of a positive test for Covid-19 as of Saturday, bringing the UK total to 126,573.

In Wales, lockdown restrictions were eased when the “stay local” requirement was dropped on Saturday and people were allowed to stay in self-contained holiday accommodation.

A relaxing of England’s lockdown will take place on Monday when the “stay home” order ends, and groups of up to six people, or two households, are able to meet outside. 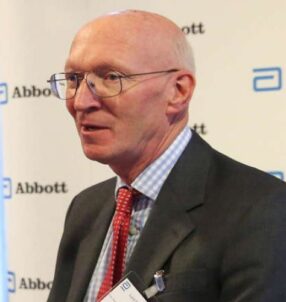