The Indian variant has spread three times faster than other imported strains, Public Health England figures show, and is now dominant in several Covid-19 hotspots in the North West of England.

In the 45 days since the variant was first discovered in the UK, 727 cases have been identified.

This is compared to the South African variant, which took almost three times as long to reach that point.

Bolton has recorded the highest number of cases linked to the variant, according to sequencing by the Wellcome Sanger Institute, where case rates have almost doubled in the past two weeks.

The local authority now has the second highest coronavirus rate in the UK after Erewash in Derbyshire, where cases have spiked in part to an outbreak at a local school.

Other hotspots include Bolton’s neighbour Blackburn, as well as Bedford, South Northamptonshire and Sefton.

He suggested the rise had in part been linked to international travel from India.

Meanwhile, customers of a bar in the North East – Allard’s Lounge in Tynemouth – have been asked to take a Covid-19 test after a case of the Indian variant was linked to the premises.

On Wednesday, Boris Johnson joined Matt Hancock, the Health Secretary, and Chris Whitty, the chief medical officer, in raising concern over the variant.

The Prime Minister warned that new variants could “pose a potential lethal danger, including the one first identified in India which is of increasing concern here in the UK”.

George Eustice, Environment Secretary, said that the Government “can’t rule anything out”, when asked if increasing case rates in some areas could see a return to local lockdowns.

The Indian variant – or B.1.617.2 – has been likened by scientists to the Kent-variant which led to the peak of the second wave in January.

So far, there is no evidence that the virus is more deadly or evasive of the vaccine.

Of those cases which have been traced back to individuals, three-quarters have been linked to international travellers or their contacts. 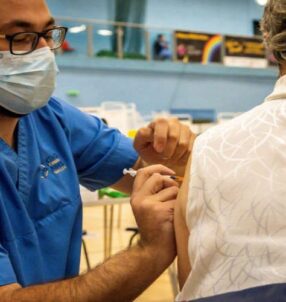