The European Commission has received national Recovery and Resilience Plans (RRP) from 14 countries to access the bloc’s €750 billion recovery fund. 13 of the EU’s 27 member states are still missing from the list.

“The Commission has received a total of 13 recovery and resilience plans, from Belgium, Denmark, Germany, Greece, Spain, France, Italy, Latvia, Luxembourg, Austria, Portugal, Slovakia and Slovenia,” the EU executive said on Monday (3 May).

Those were complemented on Monday evening by Poland, which requested a total of €23.9 billion in grants under the RRF and €12.1 billion in loans, the European Commission said.

Days after the indicative deadline for countries to submit the national plans with the reforms they intend to carry out under the EU post-crisis funding for COVID-19, which expired on Friday, Brussels said that it “will continue to work closely with the other member states to help them develop high-quality plans”.

The European Commission says these EU funds will play “a crucial role in helping Europe emerge stronger from the crisis and ensuring green and digital transitions”.

The EU executive now has two months to assess the plans, based on eleven criteria, including an objective to dedicate at least 37% of expenditure to investments and reforms that support climate objectives, and 20% to the digital transition.

Last week, just before the Friday deadline, the finance ministers of Germany, France, Italy, and Spain urged member states to submit their recovery plans and pressed the European Commission to speed up the assessment of the investment and reform proposals.

“Time is of the essence, as the other colleagues have already said, and swift approval of the plans will be key to ensure that our actions at national level continue to interact and reinforce those of our neighbours,” said Spain’s Nadia Calviño.

In mid-April, the Portuguese government delivered its national RRP to the European Commission through the official IT platform, becoming the first EU member state to deliver the final version.

According to the government, the Portuguese document provides for projects worth €16.6 billion, of which €13.9 billion are non-repayable grants, with the “open” possibility of an additional €2.3 billion in loans.

At stake is the Recovery and Resilience Mechanism, valued at €672.5 billion (at 2018 prices) and a central element of the “Next Generation EU”, the €750 billion fund approved by European leaders in July 2020, the main instruments for the EU’s economic recovery from the crisis caused by the COVID-19 pandemic. 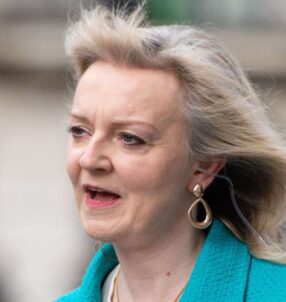