An accomplished leader in higher education and a world-renowned scientist, Alivisatos, 61, is currently executive vice chancellor and provost at the University of California, Berkeley. He is also a professor and the Samsung Distinguished Chair in Nanoscience and Nanotechnology Research in the Department of Chemistry and the former director of the Lawrence Berkeley National Laboratory.

“Throughout his distinguished academic career, Paul has demonstrated the skills and imagination needed to be an inspirational leader, confront the challenges of our time and guide the University of Chicago during a period of enormous opportunity,” said Joseph Neubauer, MBA ’65, chair of the University’s Board of Trustees, who led the search for a new president. “He has the vision to further elevate the University’s eminence, uphold its rich traditions and enduring values, and make an impact on higher education and the lives of University students, faculty and staff, as well as enrich the South Side community.”

“I am honored for this opportunity to lead the distinctive intellectual community at the University of Chicago, a special place that was so transformative in my early education and guided me throughout my academic career,” Alivisatos said. “I look forward to partnering with members of our campus and South Side communities, who are so integral to the University’s role as a great research university in one of the world’s greatest cities.”

As Berkeley’s executive vice chancellor and provost, Alivisatos has been responsible for the planning, development, implementation, and improvement of campus academic programs and policies. Since taking the role in 2017, he supported new initiatives to increase diversity in the undergraduate and graduate student body and achieve greater faculty and leadership diversity. He also has been deeply engaged in issues of free speech and social justice.

“I can think of no one better suited for this extraordinary opportunity, and no one who will be harder for us to replace,” said Carol Christ, chancellor of the University of California, Berkeley. “Paul has been an extraordinary partner; a tireless, visionary leader; a friend; and a true champion for Berkeley’s mission, values and academic excellence.”

Alivisatos oversees a significant development portfolio as provost. Annual giving to Berkeley exceeded $1 billion in 2020, with Alivisatos stewarding more than $450 million in gifts from 2016-2020. As director of Lawrence Berkeley National Laboratory from 2009-2016, Alivisatos guided the U.S. Department of Energy lab through a period of transformational change, creating new programs in biosciences, renewable energy and entrepreneurship. From 2016-2017, he served as Berkeley’s vice chancellor for research, fostering greater interdisciplinary faculty research and strengthening opportunities for undergraduate research.

A preeminent scientist and entrepreneur, Alivisatos has made pioneering research breakthroughs in nanomaterials. His inventions are widely used in biomedicine and QLED TV displays, and his scientific advances have yielded more than 50 patents. He also founded two prominent nanotechnology companies: Nanosys, Inc. and Quantum Dot Corp. (now part of Thermo Fisher).

“The University of Chicago is characterized by a distinctive approach to our work of research, education, and impact, and we share ambitious aspirations for the future,” Zimmer said. “Paul Alivisatos is superbly equipped to serve as president of the University in a way that honors its legacy while building upon it for the next generation of scholars and students. This outstanding choice will serve the University community and our partners locally and around the world well in the coming years. I have known Paul in our professional capacities, and I have found him to be an extraordinary scholar and academic leader. I look forward with great enthusiasm to working with him in my new position as chancellor of the University.”

Among his more than 25 awards and honors, Alivisatos has received the National Medal of Science, the Wolf Prize in Chemistry and the Priestley Medal. It also was announced this week that Alivisatos will share the prestigious international BBVA Frontiers of Knowledge Award. He is a member of the National Academy of Sciences, the American Academy of Arts and Sciences, and the American Philosophical Society.

Alivisatos is married to Nicole Alivisatos, a retired chemist and former editor of the journal Nano Letters. 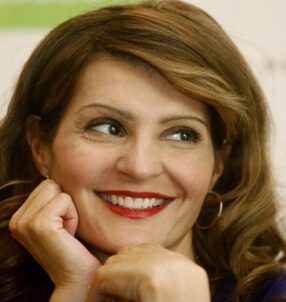