NEW YORK – Barba-Yiannis of New York, the Greek community and Greek basketball, one of the most beloved figures of New York Hellenism, John Costalas passed away on October 10 at the age of 86. The businessman and unsung hero following the 9/11 attacks will be missed on both sides of the Atlantic.

Born in Karyes, Laconia, he came to the U.S. at a young age, where he worked hard under difficult conditions and gradually developing socially and entrepreneurially over the course of decades in the restaurant business. The popular and historic Essex World Cafe, near the World Trade Center, was a hangout for many visitors and was described as “the second Greek Consulate in New York.”

“He was more than my uncle. He was like my father. But, besides me, he showed similar love to all people, especially to those in need. There was no limit to his kindness. I made a post on social media last night at 8 PM and some 1,000 people I did not know started sending me messages about how good a person he was. The world is poorer without him,” his nephew Efstratios Costalas told The National Herald.

Everyone had a story to tell about Barba-Yiannis, about the meals he organized for the homeless, the financial contributions, in cases of immediate – and not only – need, but also his help to many young immigrants looking for a job in New York. Undoubtedly, one of the highlights was when he turned the Essex World Cafe into a first aid station during the 9/11 terrorist attacks, also offering a plate of hot food to doctors, firefighters, police, and the injured.

“I was talking to him when the first building fell and the line was cut. I did not know what was happening for two days, as he had not gone home. He turned his shop into a first aid station. He helped, too. He went home after three days to rest. He kept the first aid sign on the wall. He was very proud of that,” Costalas said of his uncle, while one of the friends of Barba-Yiannis, Vlasis Anastasiou, shared similar sentiments.

“He was loved by everyone. He had a good relationship with everyone. He helped community associations. I have seen him in his shop giving food to passing homeless people. His home was the second consulate in New York. Official, unofficial and especially athletes visited his shop,” said Anastasiou, who was one of the last people to see him in person since he lived in a facility for the last two years, due to his poor health.

“I took him out for a ride on 71st and 72nd Streets between York and First Avenue. We called Panagiotis Giannakis and Vassilis Goumas. He was very happy to talk to them and to see Manhattan, even if it turned out to be the last time,” said Anastasiou.

John Costalas had a great passion for sports and, in particular, basketball and athletics, having many friends in the field, while he was honored by the Hellenic Basketball Federation – at an event at the Consulate General of New York – by the Greek YMCA and other organizations.

“It was said by Steve Giatzoglou: The best man on earth after Jesus Christ,” ERT journalist and sportscaster Vangelis Ioannou told TNH. He was informed about the death of Costalas while describing the match between Lavrio and Olympiakos, announcing the news on ERT.

“As soon as mutual friends informed me, I announced it on the air during the television broadcast. I think that Barba-Yiannis himself would be happy if he watched the game, where in the third quarter Olympiakos scored a record number of points. Immediately, social networks were flooded with messages about Barba-Yiannis, Greek basketball and Greek sports. I would say that a part of our own life is gone. He was our mainstay, every time we made the transatlantic voyage. I wish we could say to him in person ‘αντίο καμάρι μου’ – that was the phrase he used. We will always remember him that way,” Ioannou said. 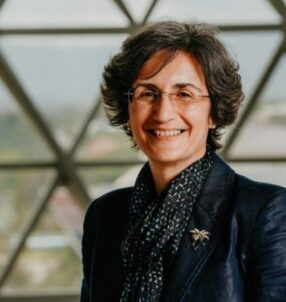