Hamilton Accies’ Ryan Fulton believes their performance against Hibernian should give the team confidence that they can stay in the league.

Despite losing 2-0 to Hibernian, Accies produced a spirited performance after going down to ten men after just 12 minutes.

© SNS Group Jamie Hamilton trudges off after his early dismissal

Brian Rice’s side had been the dominant team before Jamie Hamilton’s dismissal and Fulton believes the character they showed not to let their heads drop is evidence of the mentality of the squad.

He said: “One hundred percent {I’m still confident to stay in the league}. You can see how we performed with ten men.

“The last three matches, you can see the spirit in the team and our game plan. Everyone is desperate to stay in this league and you can see that we are all fighting for each other.

“There’s great character in the squad. Against Rangers we went a goal down but everyone kept digging away until the last second of the game – it was the same against St Mirren

“We stuck in, kept fighting and got in their faces – we just have to keep going from now on.”

Referee Craig Napier’s decision to send off Hamilton for a challenge on Martin Boyle was highly controversial.

Although there was some contact, it appeared to be the linesman who influenced Napier’s decision but Fulton believes the 18 year-old needs to learn from the experience.

He added: “It’s a tough decision for the ref to make but I think Jamie just needs to learn from it more than anything. It’s happened and there is nothing that he can do about it now.

“He needs to look back on it and learn from it but we need to stick by each other as a team especially when stuff like that happens.”

Boyle picked himself up to open the scoring for Hibs but the game wasn’t beyond Accies until Josh Doig headed home a second on 70 minutes.

Goalkeeper Fulton made a stunning penalty save to deny Boyle in the first half and the 24 year-old was relatively untroubled thereafter as Accies defended well.

The former Liverpool stopper said: “We obviously did our homework and it paid off. It was really nice to make the save from the penalty.

“You wouldn’t think we had ten men at times. Every team will have chances in games but I wasn’t overly busy.

“We need to pick ourselves back up because St Johnstone is a massive game. We’ve got time now to rest and everyone has to get ready for that game so we can get the three points.” 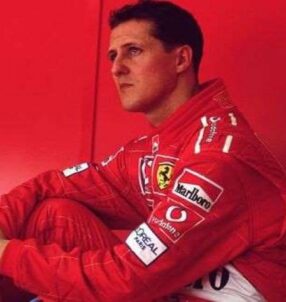