Are we looking at the rumored electric NSX?

Honda has released a summary of its briefing for its automobile electrification business. With it came a teaser of two new electric sports cars that are set to join the lineup. The announcement came with a teaser image, which you can see at the top of this page.

The vehicles on the teaser image are still under wraps, though the one on the right look like a successor to the current Honda NSX (or Acura NSX in the US).

As we all know, the hybrid mid-engine sports coupe is on its way to retirement, but it has been rumored since last year that it will return as an all-electric model, hinted by Acura Vice President and Brand Officer Jon Ikeda himself. 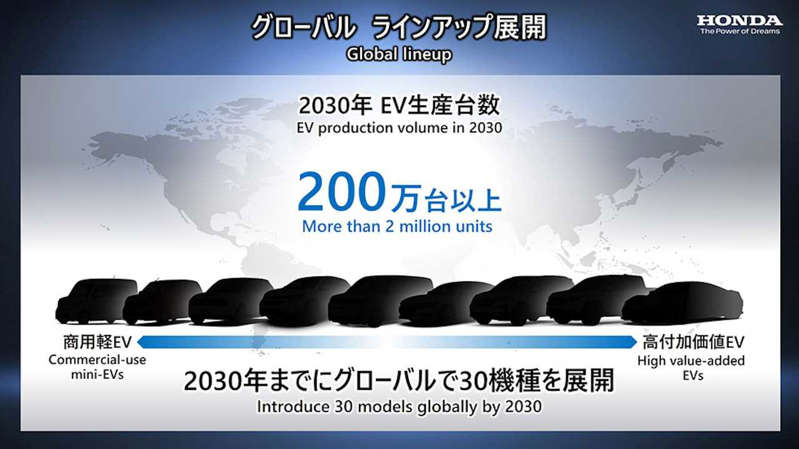 Is this our first look at the upcoming Honda NSX EV? We’ll see, but we won’t be surprised if it is. The only mystery now is the other vehicle on the left, which appears to be a grand tourer. Honda said that the two electric sports cars will be a specialty and a flagship model, and will be introduced globally.

Honda also shared some insights on its renewed EV plans, specifically for the market introduction of EVs in three major markets: North America, China, and Japan.

Electric Hondas Are On Their Way:

In the second half of 2020s, Honda is looking to introduce affordable EVs (starting from North America) by 2027 through its alliance with GM. The automaker will also begin adopting the Honda e: Architecture in 2026.

Overall, Honda plans to introduce 30 EV models globally by 2030. Production volume is targetted at more than 2 million units annually. All-solid-state batteries are also currently in development – a move similar to what Nissan has announced recently.