If the European Union doesn’t want an explosion in the amount of wood being harvested for ‘renewable heat’, it’s essential that the bugs in the Renewable Energy Directive are fixed, write Samuel Thomas, Dominic Scott and Dr Jan Rosenow.

Samuel Thomas and Dominic Scott are senior advisors at the Regulatory Assistance Project (RAP), an NGO dedicated to accelerating the transition to a clean, reliable, and efficient energy future. Dr Jan Rosenow is principal and European programme manager at RAP.

“It is easy, by diligent study of the past, to foresee what is likely to happen in the future” – Machiavelli

In meeting their 2020 renewable energy targets, EU Member States have overseen large increases in renewable power. But this has been accompanied by a less welcome development: a near doubling in the amount of energy derived from solid biomass, which is currently classified as zero carbon.

The majority of this biomass comes from the EU’s forests – and a majority of that from whole trees, tops and branches, according to the EU Joint Research Centre. Biomass from these feedstocks is bad for both climate and biodiversity and the EU has already seen an increase in its wood harvest.

Looking to the future, the EU has set itself a net emissions reduction target of 55% by 2030, relative to 2005 and the Commission expects the buildings sector to make the most rapid changes. Heating represents the vast majority of emissions from buildings, and so a mixture of energy efficiency improvements and clean heating technology will be needed.

Mandatory and ambitious renewable heating and cooling (RES-H) would certainly help. But a lot could go wrong.

For a start, not all renewables are created equal. In fact, the use of some unsustainable bioenergy sources would increase carbon emissions in the period to 2030. While market failures and other barriers slow down the uptake of the technologies needed to drive increases in ambient heat technologies (such as electric heat pumps).

If we don’t want an explosion in the amount of wood being harvested for “renewable heat” it’s essential that the bugs in the Renewable Energy Directive are fixed.

The leaked draft of the revised Renewable Energy Directive published by EURACTIV does not introduce significant changes to how bioenergy is treated under the heating and cooling targets. But there is still time to change this before the deadline of 14th of July. In our new paper – Making renewable heating Fit for 55 — we make recommendations in three areas.

As a letter to the world’s leaders from 500 scientists and economists points out, harvesting and burning wood causes a double climate problem: It adds carbon to the atmosphere immediately, and it hinders the deployment of genuinely clean energy sources. This is before we consider the harmful effects that wood-burning has on biodiversity and human health.

So, as the Commission considers mandatory RES-H targets, the need to cap or block any further increase in unsustainable bioenergy to meet the target becomes more urgent; if history is not to repeat itself.

We recommend caps on the eligibility of unsustainable bioenergy sources in meeting renewable heating targets, potentially set at zero.

At the same time, policies that set strong sustainability standards matched with effective enforcement, emissions accounting rules that properly reflect climate payback periods and policies that protect biodiversity should continue to be developed.

At a technological level, the European Commission is not bullish on the prospects for bioenergy in the buildings sector. The scenarios in its Carbon Plan Impact Assessment see only a marginal increase in bioenergy consumption. Instead, heating and cooling demand is met by energy efficiency and increases in both electricity and ambient heat, driven largely by the growth of electric heat pumps.

Without policy action, this looks like wishful thinking. The relative costs of biomass boilers and heat pumps today make it likely that bioenergy sources would meet the lion’s share of the RES-H target, unless specific measures are taken to prevent that.

First, renewable content in electricity must qualify for meeting renewable heat targets. It is extraordinary that it doesn’t at present. Heat pumps use electricity to transfer heat from the air, the ground or water to buildings. They do this efficiently, using around one unit of electricity for every three units of heat transferred.

Not counting the renewable portion of the electricity used in this process, as is currently the case, harms the very technologies that the Commission expects to see deployed.

Second, we recommend a “multiplier” for electrified heat in the period to 2030 to kick-start the growth of markets that will deliver the needed technologies.

At the moment, markets for heat pump technology are underdeveloped, presenting consumers in most member states with barriers. There are financial, psychological and socio-economic barriers to overcome, often in the form of split incentives in the private rented sector. In short, consumers are often reluctant to switch heating systems, particularly during an emergency purchase, like when a boiler break down.

A multiplier would mean the adoption of these key technologies would effectively count for more towards the target; helping to spur the market, reduce costs and speed uptake.

Our final recommendation is a reporting requirement to ensure the Efficiency First principle is applied by member states when designing and implementing policy measures to increase the share of renewable heating and cooling.

All targets that are expressed as a percentage share can be met, at least in part, by increasing both the numerator and the denominator. Six out of ten is a smaller percentage than seven out of eleven. This means that unnecessarily heating an empty building could help meet your target – and potentially qualify for subsidies. Or it will lead to cheaper energy efficiency options (encouraged less) being overlooked in favour of renewable heating (encouraged more).

Policies that require minimum efficiency standards, or the installation of loft insulation, are examples of the Efficiency First principle being implemented. Member States should be required to show that they are applying it.

Under the current rules in the RED, burning trees from forests for heat is being incentivised more than well-insulated buildings heated and cooled by electrified, genuinely low-carbon heat pump technology. Increase the target without fixing this and you only need to look back to see forward. 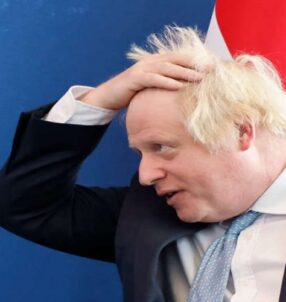