You are here: Home  /  INTERVIEWS  /  Interview with Burak Hakki
INTERVIEWS Burak Hakki was born in 1972 in Istanbul, Turkey. He studied at The University of Istanbul at the Faculty of Economics in the MBA program. Then he worked as a fashion model in Turkey and Europe for over 10 years then he started acting classes and acting in Turkey in the year 2000. He played in many tv-series and movies.

Your father was born in Komotini, Greece. How much influenced you were to be fond of Greece and what were the first memories your father had and passed on to you?

My father was born in Komotini, Greece and I always remember my family speaking Greek sometimes when I was a kid. Later, when I had my farm and family house in Çanakkale my father always listened to Greek music. He always said positive comments about the Greek people. Before he passed away, I had the chance to take him with me to Komotini. After 50 years, he saw again his friends, his school, and the places where he grew up.

Was acting your primary choice or it was something you evolved through a certain process?

Acting was not my primary choice. But after 10 years of the top model in Turkey, producers and film companies offered me lots of movies and series. When I felt ready and got some classes I started acting and found myself in an amazing, challenging, and exciting industry.

What is acting for you? What are those principles and skills someone should have to become a good actor?

Acting means life, an endless road, and you will reach the top. You can upgrade yourself every second. Every experience and observation will add extra value and skills. A person who wants to be a good actor has to be open-minded, free-spirited, and skillful to know how to upgrade themself, and also the most important thing is hard work and plays as real as with emotions revealed on the set.

What’s the biggest challenge when taking on a role?

Depends on the role. Some roles need a real challenge and experience perspective. You could be a method actor or a technical actor. But still depends on what the director expects from you. Your set discipline and relation with the director, or the crew, are important too.

You’re a very famous Turkish actor. Why did you choose to play in a Greek theatrical play in the past?

To play in a Greek Theater was a very big decision for me. It was a risk for my career as a TV actor. But I knew it will add me some extra skills even if I could be unsuccessful. And as a person, I like challenges I am never afraid to lose. I lost enough in my life and all those experiences gave me more strength.

Tell us about your recent collaboration with a Greek actress Mimi Denissi in the movie “Smyrna My Beloved”.

Are there any similarities or differences between Greeks and Turks? And what are some of the Greek habits you have adopted?

There are many similarities. These two Nations lived together for many hundreds of years. So obviously music, habits, dialogues, lifestyle, family relations, and food share similarities. Besides language, religion and politics another difference is that Turkish people work too much. On the other hand, Greeks live better by having a quality of life. Greek people talk at the same time and talk loudly. Another similarity is that both Nations are hot-blooded.

You won the Best Model of Turkey in 1994. Is beauty an advantage for male or female actors to fulfill their dreams?

I guess it’s right. Even in your relations, you prefer beauty when you meet a new person. Beauty is important. But without talent…it’s nothing.

What would you like to change in this world?

I would like One Nation with people who Love and Respect each other.

What are some of your future plans?

Currently, I started a new TV series on a Greek TV channel. We started shooting in Istanbul these days and will continue shooting in Greece.

How important is the time you spend with your son and what is family for you?

My family is my priority and always comes first. I am always with them. That’s why I have a farm and a farmhouse so I can collect more memories with my son and family members. There are so many celebrity romances that blossom every day.

What’s yours and how do you feel about it?

About Love, I can say one thing. You will get this chance in your life maybe once or twice. And when you have this gift, you should do anything to keep it.

I wish both countries become better in diplomacy. Because I know both peoples love each other.

Never look back and walk on to be happier. 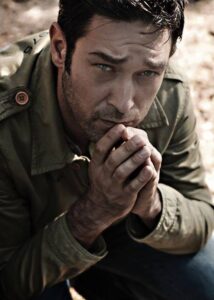 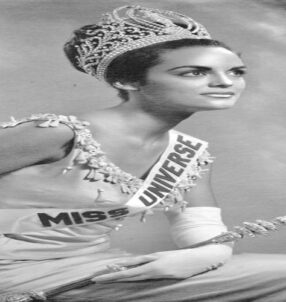