Ralf Rangnick continues to put his stamp on Manchester United off the pitch and will soon get the chance to do so on it.

The January transfer window presents the German with the chance to offload certain individuals.

A central midfielder may also be bought in if the club can secure one of their targets, but no major additions are expected.

Rangnick has made a second addition to his coaching staff and he continues to assemble members who have worked with him previously.

First team stars like Anthony Martial and Paul Pogba both have uncertain futures, with the former’s agent expressing his desire to leave.

Pogba meanwhile is out of contract in the summer and could begin exploring his options.

This is the latest transfer news coming out of Old Trafford.

Rangnick has made another addition to his coaching staff with the arrival of Ewan Sharp.

The Scotsman had been working at Lokomotiv Moscow alongside Rangnick and will take up a role as an assistant coach and analyst at Old Trafford.

It was across the Atlantic that he worked with Chris Armas, who has already been introduced to Rangnick’s backroom team in Manchester.

Kieran McKenna recently left his post to take up the top job at Ipswich Town.

Portuguese side Benfica are among those keen on signing Phil Jones.

The injury-hit defender has been unable to enjoy any consistency at Old Trafford and is now someway down the pecking order.

As a result he could leave next month and Benfica are keen on bringing him to the Estadio da Luz, reports the Daily Mail.

Rangnick believes his squad is too big and will listen to offers for certain players, with Jones yet to start a game this season.

His last competitive game for United was against Tranmere in the FA Cup back in January 2020.

Edinson Cavani has been advised to join Barcelona after Cristiano Ronaldo was accused of stealing his “spotlight” by Dimitar Berbatov.

The Uruguayan enjoyed an impressive debut year in England but has found minutes hard to come by with United packed with attacking options.

Berbatov told Betfair : “Despite a good season last time out, Cavani hasn’t played enough. When someone like Ronaldo comes into the club, he takes all the spotlight, he plays every game and in the world of football this happens.

“If there’s a chance for Cavani to leave the club, if there is an offer from Barcelona, then of course he will be thinking about taking it to get more football.

“And if he will get more game time in La Liga then I will support him and say ‘go there and play, it sounds like a great deal, great money and you’re not 24 anymore.’” 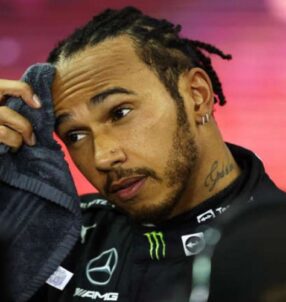