The government is reportedly finalising plans to block the prosecution of British soldiers over their actions during the Troubles in Northern Ireland.

Details of the ban are expected to be announced in the Queen’s Speech next week, according to the Daily Telegraph.

Ministers are said to be hopeful of scrapping criminal trials in favour of moving towards an approach similar to the “truth and reconciliation” model used by Nelson Mandela in South Africa.

They reportedly believe prosecutions linked to the Troubles are unlikely to lead to convictions because any evidence often becomes inadmissible given how much time has passed.

It comes just days after the collapse of the trial of two British Army paratroopers accused of murdering IRA member Joe McCann in 1972.

The veterans were acquitted at Belfast Crown Court on Tuesday after the presiding judge refused to allow statements made by the former soldiers almost 50 years ago to be used as evidence.

The veterans’ case was the first in several years to involve charges against former soldiers who had served in Northern Ireland.

There are four other similar charges currently going through the region’s courts, however they all remain at the pre-trial stage.

Johnny Mercer, who resigned as defence minister last month over the exclusion of Northern Ireland veterans from the Overseas Operations Bill, said it was time for the government to deliver on its promise to protect former soldiers.

Only an outline of the plans, expected to be introduced as part of the Northern Ireland legacy bill, will likely be announced during the Queen’s Speech on Tuesday as the details have not yet been finalised, according to The Telegraph.

The newspaper quoted a Whitehall source as saying: “We have been working extremely hard to deliver on our manifesto commitments in relation to addressing the legacy of the Troubles – for both victims and veterans. Our engagement on our proposals is ongoing.” 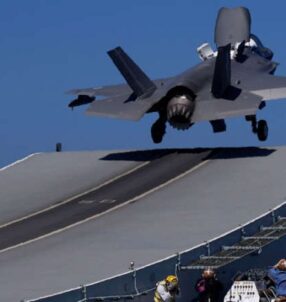