You are here: Home  /  SPORTS  /  Naomi Osaka says she will ‘take a break’ from tennis after crashing out of US Open in third round
SPORTS 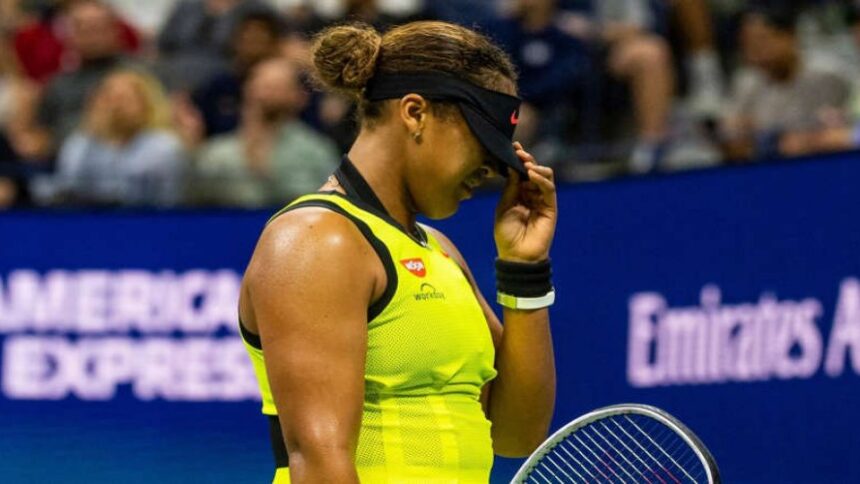 A tearful Naomi Osaka said she does not know when she will play again, raising more concern about her mental health struggles on Friday after an emotional display during a third round defeat at the US Open.

Osaka, who has been a picture of composure on the court during her career, erupted in frustration during a 5-7 7-6 (2) 6-4 loss to 18-year-old Canadian Leylah Fernandez that ended her Open title defence.

The four-time Grand Slam champion, who quit the French Open earlier this year after saying she would not attend press conferences for her mental health, did not try to dodge the media on Friday, answering questions until breaking into tears.

She said: “This is very hard to articulate. Basically I feel like I’m kind of at this point where I’m trying to figure out what I want to do, and I honestly don’t know when I’m going to play my next tennis match. Sorry.

“I think I’m going to take a break from playing for a while.

“How do I go around saying this? I feel like for me recently when I win I don’t feel happy. I feel more like a relief. And then when I lose, I feel very sad. I don’t think that’s normal. I didn’t really want to cry.”

Leylah Fernandez had made it a night to remember for the 18-year-olds at the US Open as she beat the defending champion.

It was the biggest win of the world No 73’s career and one that sets up a fourth-round meeting with 2016 champion Angelique Kerber.

The Japanese was playing in her first grand slam since pulling out of Wimbledon but she looked in decent fettle for the majority of the match, stealing the first set with a break at 5-5 and then putting herself in position to do the same in the second.

But this time Fernandez broke straight back at 5-6 and that is where the match turned on its head as Osaka lost her way over a defining 15-minute period.

The Canadian raised her level, but Osaka’s radar was off and splurge of unforced errors saw her lose the second-set tiebreak.

That carried over into the early part of the deciding set as Fernandez immediately broke, with Osaka smashing her racket and later receiving a code violation for hitting the ball into the crowd.

The Japanese, the 2018 and 2020 champion at Flushing Meadows, regained her composure, but Fernandez was not fazed by the situation and saw out a famous win.

Tsitsipas booed after another bathroom break

New York acclaimed a new star as 18-year-old Carlos Alcaraz stunned Stefanos Tsitsipas to reach the fourth round of the US Open.

Arthur Ashe Stadium witnessed a rollercoaster encounter, with Alcaraz pegged back having led by a set and 3-0 but then recovering from 5-2 down to win the third set on a tie-break.

Tsitsipas was booed when he headed off court for another bathroom break, although this one was swift at less than four minutes, and the Greek looked poised to turn the match around when he swept through the fourth set.

But Alcaraz was not finished, and the teenager turned on the style again in the decider before coming through the final tie-break after four hours and six minutes.

Auger-Aliassime through despite losing two-set lead

Felix Auger-Aliassime beat Roberto Bautista Agut 6-3 6-4 4-6 3-6 6-3, firing 27 aces and 76 winners past the Spaniard who stayed in the contest thanks to 74 unforced errors from the Canadian.

Former champion Angelique Kerber made a slow start before battling past 2017 winner Sloane Stephens 5-7 6-2 6-3. Meanwhile, Ukrainian fifth seed Elina Svitolina strolled into the next round with a 6-4 6-2 win over Daria Kasatkina, and Aryna Sabalenka defeated Danielle Collins.

Share this...
Tag Naomi Osaka tennis third round US Open