Towards the end of last year, as thoughts shifted to the season ahead, and players considered their participation at Melbourne Park, Novak Djokovic gave an interview to Serbian publication Blic. He described questions about his vaccination status as “inappropriate” and he bemoaned the role of the media. He was pointedly direct: “Your editors can take what I have just said and turn it into a scandal,” he said. “I do not want to be a part of that storm.”

During the first week of the Australian tennis summer the storm arrived when Djokovic announced on social media that he had received an “exemption permission” to travel to Australia without being vaccinated.

Over the past few months, the vaccination requirements for players wishing to compete at the Australian Open left a profound mark on the professional tours. Uptake of Covid vaccines in tennis had been extremely slow, but once the Victoria state government rules were confirmed, the rate of vaccination rose (the ATP has said that 95% of its top 100 players have been vaccinated). It only made the world No 1’s unresolved status more conspicuous and newsworthy.

In a sense, Djokovic’s announcement is at least a welcome end to such constant speculation. But once he arrives in Melbourne, he will be asked repeatedly to explain how, of all people, the world’s best tennis player was able to gain an exemption? How much information is shared about the application will be entirely his choice.

While Djokovic never explicitly revealed his vaccination status, he has offered numerous indications of his general stance. Long before vaccines were available, he stated his concern about having to be vaccinated in order to travel. He has often stressed the importance of embracing “natural” solutions; early in the pandemic he held Instagram live conversations in which he spoke of how the power of gratitude could “turn the most toxic food, or maybe most polluted water into the most healing water.” After he underwent surgery on his right elbow in 2018, a procedure that has allowed him to win nine grand slam titles since, he said that he cried for three days.

His belief in alternative medicine is complemented by his commitment to alternative history. He frequently retreats to hills in Visoko, Bosnia and Herzegovina, where he meets up with the businessman Semir Osmanagic – whose claims that there are ancient man-made structures with magical healing powers, refuted by scientists, have turned the hills into a lucrative tourist destination. Djokovic has also expressed his support for the ultranationalist alternative historian Jovan Deretic, whose writings claim, among other things, that numerous European cultures, including ancient Greeks, Celts and Etruscans, are descended from Serbs.

Djokovic is unyielding in his commitment to his beliefs away from the court, however questionable they are, and that single-mindedness is also visible in his faith in the methods that have led to his on-court success. Since the criteria for the Australian Open became clear, it always appeared that Djokovic intended to find a way to compete at the tournament and continue his push for history at a critical moment for tennis, but only without compromising those beliefs. Something he appears to have achieved.

Last year, one of the defining images of the chaotic Australian Open was the continued presence of tournament director Craig Tiley on television as he managed the sudden lockdown that prevented crowds attending much of the tournament. After Djokovic’s announcement, Tiley returned to a similar role on Wednesday as he stressed that there has been no favourable treatment for Djokovic and reinforced the strength of the medical exemption process. The exemption applications were reviewed by two independent panels of experts, one assembled by Tennis Australia and another by the Victorian government, which Tiley describes as a more rigorous process than for regular citizens.

On Wednesday another potential obstacle to his participation emerged, when Australia’s home affairs minister, Karen Andrews, said it was the federal government that would “enforce our requirements at the Australian border”, whatever Tennis Australia and the Victorian government might have decided about a non-vaccinated player taking part in the tournament.

It’s unclear what response Djokovic will receive on arrival. He is popular with a considerable group of players due to the concern he has expressed for the lower-ranked members of the ATP Tour but, as the world No 1, he is simultaneously a clear beneficiary of the privileges afforded to top players. The cynicism that some have was reflected in comments from Jamie Murray, who suggested he does not believe that he would have received an exemption, and Alex de Minaur who subtly described the subject as “interesting” and hoped that other applicants received the same treatment.

On social media, reaction to Djokovic’s statement from the Australian public was overwhelmingly hostile, and many called for fans to boo him if he appeared in Melbourne.

Djokovic is the most successful singles player at the Australian Open in the Open era and he will chase a 10th title here this year. He has garnered such success in a country with a large population of Serb origin, who have exuberantly supported him throughout. But last year, his attempts to secure better quarantine conditions for players lacked tact and turned many against him. This year, there is widespread anxiety in the community as the virus once again takes hold and basic tools like rapid antigen tests are difficult to attain. As Djokovic waltzes into the country, exempt from rules that most have adhered to, more storms are to come. 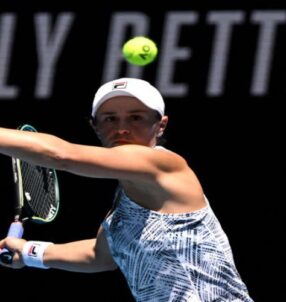