You are here: Home  /  CYPRUS  /  Passengers arriving in Cyprus must have 48 hour PCR from Tuesday evening onwards
CYPRUS All passengers arriving in Cyprus airports by 2300 hours local time on Tuesday evening will have to show a 48 hour negative PCR test irrespective of whether they are vaccinated or not, Senior Manager Aviation Development, Marketing and Communication of Hermes Airports, Maria Kouroupi has told CNA.

The measure will be in effect today and it applies to all passengers over 12 years of age, she said.

Replying to a question, Kouroupi noted that it is not an unprecedented measure, adding that in the past two years everyone has had to learn to operate under such conditions. “We believe that the public is used to these procedures and is familiar with them,” she added.

However, she said that demand is affected by the situation in general as regards the pandemic both in Cyprus and abroad.

Asked about arrivals in 2021, Kouroupi said that December ended well, that is to say that overall, 5.1 million passengers arrived or departed from the island. This is estimated to be at 45% of 2019 levels, she noted, adding that “given the situation with the pandemic it is not far from what was expected for 2021.”

Until November, she said, passenger movement was quite good for some months. December, she added, did not have particular cancellations but there was lower occupancy rates which reached about 60%.

Replying to a question on air traffic in the first quarter of this year Kouroupi said that from January to March a number of cancellations or adjustments have been made for flights both for Larnaka and Pafos airports.

She explained that this is mainly observed in Pafos where “an ambitious flight programme was in place greater that the one for winter 2019.”

Now, she continued, “this planning has dropped at about 40%.” “We expect that January will average about 250 to 280 flights per week,” she said.

Referring to the problem with many cancellations in flights worldwide, she said it has to do with a lack of staff who had either become ill with the coronavirus or were contacts of confirmed cases, adding that Cyprus has not been affected so far but may be somewhat affected from January onwards. 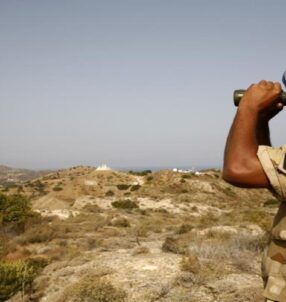