Tensions between the two Asian neighbours have steadily been escalating, ever since over 200 Chinese ships anchored themselves in waters close to the Whitsun Reef last week. The reef, called Julian Reef by Manila, is part of the Spratly Islands archipelago. Both China and the Philippines claim the reef as their territory, with Manila insisting that it falls within its exclusive economic zone.

Beijing says that the vessels belong to fishermen who sought sanctuary near the reef from bad weather and rough seas.

However, the Philippines’ government says the vessels are part of China’s maritime militia and manned mainly by reservists operating under the orders of the Coast Guard and People’s Liberation Army.

In a statement issued on Sunday, Defence Minister Delfin Lorenzana said: “The continued presence of Chinese maritime militias in the area reveals their intent to further occupy (areas) in the West Philippine Sea.

“They have done this (occupy disputed areas) before at Panatag Shoal or Bajo de Masinloc and at Panganiban Reef, brazenly violating Philippine sovereignty and sovereign rights under international law.”

Mr Lorenzana noted that 44 Chinese vessels still remained in the area despite much improved weather.

“I am no fool. The weather has been good so far, so they have no reason to stay there,” he said.

In response to the statement, the Chinese Embassy in Manila said that it was “completely” normal for fishing boats to seek shelter from rough seas in waters near the reef.

They added: “Nobody has the right to make wanton remarks on such activities.”

China has long claimed sovereignty over much of the South China Sea, saying that the entire waterway up to the coasts of the Philippines, Malaysia and Taiwan belongs to it.

Beijing’s claim is based on the U-shaped nine-dash line etched onto a map in the 1940s by a Chinese geographer.

In 2016, an international court of arbitration dismissed China’s territorial claims.

Despite the ruling, the People’s Republic has over the years built artificial islands in the disputed waters, fortifying them with military bases. 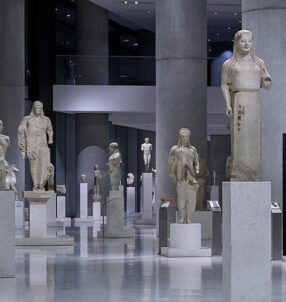