Sterling has remained “rangebound” against the euro this week, but it has at last hit the 1.16 mark against the euro. Due to retail sales and other events in the financial calendar, it could further increase throughout the day.

Sterling continued to trade “rangebound” and just below the 1.16 handle against the euro this morning.

However, there is good news: it has reached the 1.16 mark at the time of writing.

According to Bloomberg, the pound is currently trading at a rate of €1.1600.

This is slightly higher than yesterday morning’s rate when sterling stood at the 1.1588 mark.

Michael Brown, currency expert at Caxton FX, shared his insight on the pound to euro exchange rate with Express.co.uk earlier this morning.

He said: “Sterling-euro remains rangebound, having done very little of any interest over the last few days, and continuing to trade just south of the 1.16 handle.

“Today’s retail sales and flash PMI figures may create some interest and volatility, though given the market’s tendency to ignore macro releases, I’m not banking on it.”

However, it seems that today’s financial calendar has already had an impact on the pound as its value has finally started to increase since yesterday.

This is good news as the pound has not performed well all week.

“Today’s calendar is light, meaning that the present downside momentum may well be sustained.”

George Vessey, UK Currency Strategist at Western Union Business Solutions, also commented on the pound to euro exchange rate yesterday, giving an explanation to why the pound was struggling. “The euro has strengthened considerably over the past six weeks, climbing about 4% against the US dollar and keeping the British Pound at bay around the €1.16 mark,” Mr Vessey said.

“However, risks are mounting in Europe, with labour shortage woes and concerns about huge debt levels and so-called ‘zombie companies’ rising.”

The currency strategist added: “High-frequency indicators suggest the eurozone should experience a strong economic rebound this quarter, and tomorrow’s flash PMIs will provide further evidence of this and buoy demand for the common currency, but headwinds are emerging.

“The European Central Bank warned over levels of national and corporate debt in its financial stability report yesterday, with expectations of a surge in insolvencies once pandemic emergency measures are withdrawn.

“Again, this makes the inflation debate even more important. Once central banks start withdrawing stimulus measures, the negative implications might start to unravel.” So, what does all this mean for your travel money?

The ban on international travel was lifted on Monday, May 17, meaning that Britons are now permitted to holiday abroad.

The UK’s travel traffic lights system means that holidaymakers can travel to “green” countries without having to quarantine on return.

However, travel experts have warned that “extra caution” is due in the coming weeks when booking holidays and swapping travel money.

James Lynn, CEO and co-founder of Currensea, said: “While it’s excellent news international travel is opening up, the proposed traffic light system will mean there will still be an element of disruption this summer, both to travel companies and consumers.

“Extra caution and careful planning will be really important when it comes to planning holidays this year – and keeping abreast of the latest updates will be key.

“Financial safety when travelling must also be top of mind for consumers. Sudden changes and cancellations, which remain likely could put travellers at risk if the right precautions aren’t taken.” 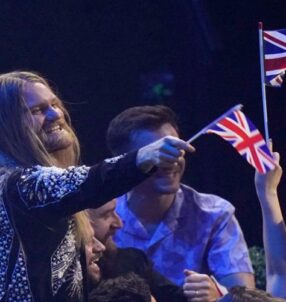