A smoke alarm was activated onboard Russia’s service module on the International Space Station, space agency Roscosmos said on Thursday.

The space agency said on Twitter that all systems on the Zvezda ISS system were working properly and plans for a spacewalk later on Thursday were still going ahead.

“Today, a smoke detector was triggered in the Zvezda module during automatic recharging of batteries and an alarm was triggered,” Roscosmos said on Twitter.

The module provides living quarters for crew members on the ISS.

French astronaut Thomas Presquet said the smell of burnt plastic or electronics had spread from the Russian segment to the US section, RIA added.

The space station has suffered several mishaps in recent years and on 1 September a Russian official warned the ISS could suffer from “irreparable” failures due to outdated equipment.

Cosmonauts have found new cracks in part of the ISS which could widen over time, Vladimir Solovyov, the chief engineer of rocket and space company Energia, told state media.

He also said 80% of inflight systems on the Russian segment of the structure had passed their expiry date. 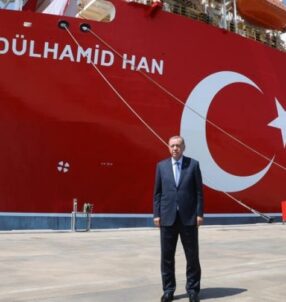