Burnout among NHS staff is prompting some to quit, causing medical blunders and putting patients’ safety at risk, a committee of MPs has said.

The problem, exacerbated by the pandemic, is so widespread across health and social care that both key public services are in danger of no longer working properly, the Commons select committee that monitors the Department of Health and Social Care (DHSC) said.

Its report paints a picture of staff becoming so stressed by the relentless demands of their jobs and working environments that they end up going on sick leave or leaving altogether, worsening the already high levels of vacancies in both sectors.

“Workforce burnout across the NHS and care systems now presents an extraordinarily dangerous risk to the proper functioning of both services,” said Jeremy Hunt, the chair of the committee. “Staff face unacceptable pressure with chronic excessive workload identified as a key driver of workforce burnout.”

Hunt said that unless the government and NHS made changes to ensure full staffing levels, the huge backlog of healthcare that has built up as a result of Covid-19 disruption would remain a problem for years. Figures due out on Thursday are expected to show that the number of people waiting for hospital treatment in England has exceeded 5 million for the first time.

The cross-party group of MPs blame a series of blunders made by the government since 2010, the year the Conservatives came to power, for allowing huge staff shortages to develop in the NHS, which have piled extra pressure on the workforce. For example, workforce policy was dictated by the money available, not the needs of the services, at a time of growing demand, the MPs found. Workforce planning needs an urgent overhaul, they add.

The report identifies the knock-on effects of staff shortages as the main reason NHS personnel start suffering from burnout. The estimated 85,000 vacancies in the NHS in England and 112,000 unfilled posts in social care existed before the pandemic struck, the committee heard.

Prof Michael West, of the King’s Fund health thinktank, told the MPs that “excessive workload [in the NHS] … is like the pattern on the wallpaper that we no longer see, but it is the number one predictor of staff stress and staff intention to quit”. It had produced a high attrition rate among all types of health service staff, not just doctors, nurses and midwives, he said.

NHS staff are 50% more likely than the general working population to experience high levels of work-related stress, King’s Fund research has found. Staff burnout is associated with poorer-quality care, higher patient dissatisfaction with their care and higher numbers of patients dying in acute settings, as well as high staff turnover, the report says.

It relates how Chris Hopson, the chief executive of the hospital group NHS Providers, “identified a mismatch between rising demand and capacity [in the health service] over the previous decade that led to frontline staff being asked to work harder and harder to close the gap, resulting in an impossible and unsustainable workload.”

The most recent NHS staff survey, for which the fieldwork was undertaken last year during the pandemic, found that the proportion of personnel in England who said their job had made them unwell in the previous year had risen to 44%, compared with 38.6% in 2016.

The MPs recommend that the DHSC starts to publish an annual audit setting out the workforce needs of health and social care for the next five, 10 and 20 years.

Saffron Cordery, the deputy chief executive of NHS Providers, said: “There is a fundamental factor behind staff burnout which must be acknowledged and addressed: persistent staff shortages have normalised excessive workloads and stress at work across the NHS. That in turn has meant we have lost far too many of our highly valued staff.”

Dr David Wrigley, the British Medical Association’s wellbeing lead, said: “Health and care staff suffered stress and work-related anxiety before the pandemic but it is now far more serious and we believe the current level of staff burnout and stress presents a worrying risk to the future functioning of the health and care system and safe patient care.”

An NHS spokesperson said: “Health service staff have moved heaven and earth to care for their patients during the worst pandemic in a century, and they rightly now need comprehensive support and backing.”

The DHSC said: “We recognise the pressures that staff have faced during this time and the government is doing everything it can to support their wellbeing, including through £37m this year to fund staff mental health hubs, a dedicated helpline and a 24/7 text support services.

“The government has backed the NHS at every turn in its fight against Covid-19, providing health and care services with an extra £92bn and giving councils £4.6bn to help them meet additional demands on social care.” 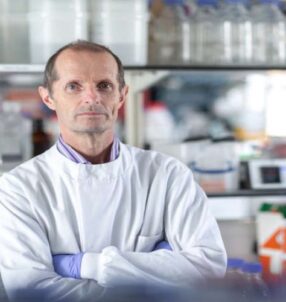