To ensure public safety, support security strategies and facilitate the production of the 93rd Oscars, the Academy of Motion Picture Arts and Sciences and the City of Los Angeles have finalized street closure plans around Union Station in downtown Los Angeles. Alameda Street between Cesar E. Chavez Avenue and 1st Street, Los Angeles Street between Alameda Street and 1st Street, and intersecting streets will be closed beginning at 12:01 a.m. on Sunday, April 25, and will remain closed until 4 a.m. on Monday, April 26.

The 101 Freeway off-ramp and on-ramps at Los Angeles Street will also be closed during this period. Between Sunday, April 4, and Oscar Sunday, April 25, additional streets and sidewalks will be closed for varying periods. Details of the closures and maps of affected areas are available at http://www.oscars.org/closures. Union Station will remain open to transit riders throughout this period, and riders will be able to access all bus, rail, Metrolink, Amtrak and private transportation providers, along with vendors. Olvera Street merchants and area churches will remain accessible to the public. The Academy is working in partnership with community organizations and the city to conduct outreach on the ground to ensure minimal disruption to all residents in the area. The 93rd Oscars will be held on Sunday, April 25, 2021, at Union Station Los Angeles and the Dolby Theatre at Hollywood & Highland Center in Hollywood, and international locations via satellite, and will be televised live on ABC at 8 p.m. ET/5 p.m. PT. The Oscars also will be televised live in more than 225 countries and territories worldwide.

The Academy of Motion Picture Arts and Sciences is a global community of more than 10,000 of the most accomplished artists, filmmakers and executives working in film. In addition to celebrating and recognizing excellence in filmmaking through the Oscars, the Academy supports a wide range of initiatives to promote the art and science of the movies, including public programming, educational outreach and the upcoming Academy Museum of Motion Pictures. 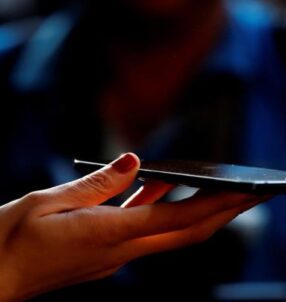 Cyprus urges the public to use Covid tracer app