Market research group Kantar said the chain had grocery sales of £8.9billion for the 12 weeks to December 26. That is up 10.1 percent on pre-pandemic times, but down 0.9 percent on the same period in 2020.

The supermarket giant has also increased its market share by 0.6 points to 27.9 percent. At its peak in December 2007, it commanded 31.6 percent of the market.

Asda was up 3.5 percent to £4.7billion compared with its pre-Covid sales, but down 3.9 percent on the year before.

Sales at Morrisons were up 5.8 percent at £3.4billion on 2019 levels, but 6.5 percent lower compared with 2020. The market shares of Asda, Morrisons and Sainsbury’s also fell. 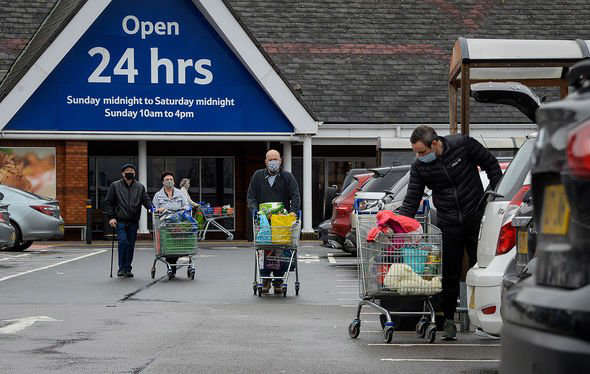 Discounters Aldi and Lidl also did well. Their sales were up against pre-pandemic comparisons and they increased their respective market shares.

Grocery sales across the country hit £31.7billion up eight percent on 2019 but down three percent on the record from 12 months before.

Fraser McKevitt, head of retail and consumer insight at Kantar, said: “People seized the chance to enjoy Christmas with their friends and family after last year’s muted festivities.”

Chief operating officer Trevor Masters will take over until a successor is appointed.

Asda has hired Nisa chief executive Ken Towle as its retail director and has recruited former Tesco director Kris Comerford to be its new chief commercial officer in charge of food.