The London Underground station with more steps than Covent Garden

When it comes to your daily commute, which person are you? Do you head straight to the lift, go up the escalator or brave the stairs?

There is something for everyone and in some stations, the choice is made easier by the number of stairs on show.

Getting the London Underground during rush hour could be seen as an extreme sport.

You are in a rush, it’s hot and sweaty and you’re in a race to get home as fast as possible.

If you do have the unlucky fate of having to race up and down some stairs, which station would make you suffer the least?

Out of all London stations, there may be one that stands out for daunting steps.

Covent Garden is famed for its spiral, winding steps. In total there are 193 steps and enough warnings around that make choosing the stairs as an option a last resort.

Along with Covent Garden, you also have Belsize Park and Russel Square.

They boast over 100 steps each and are excellent alternatives to leg day at the gym.

However, there is one station that boasts nearly double the number of steps and an even more intense workout.

Hampstead, North London has a staggering 326 steps that commuters have to battle.

It is London’s deepest Tube station and the stairs may be its biggest landmark.

Thankfully, in most cases using these stairs is only used in an emergency but nonetheless, they are there.

The lifts at Hampstead are usually reliable so using the stairs is a rarity.

Walking the Hampstead stairs isn’t an easy feat but there are benefits.

If you were to use the stairs repeatedly, you would have burnt off that heavy dinner from the night before. 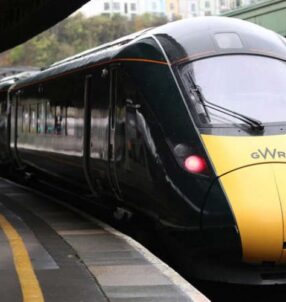