You are here: Home  /  CYPRUS  /  The Telegraph: Why Cyprus is the greatest Mediterranean island of all
CYPRUS The Telegraph: Why Cyprus is the greatest Mediterranean island of all

The glistening, blue waters of the Mediterranean hosts thousands of islands, but the one that ticks all the boxes and is arguably the finest the sea has to offer is Cyprus. It has a real sense of tranquillity – a day spent here will have you thinking that life doesn’t get much better than this.

With good accommodation options, endless days of sunshine – the climate is subtropical – sandy beaches, lots of children’s activities like water parks and zoos, and some of the region’s finest sports facilities – Olympians have been known to train here – Cyprus has everything for a well-deserved, post-lockdown holiday.

There are tavernas and restaurants with menus of authentic local dishes that cry out to be enjoyed – with a local wine or Brandy Sour cocktail of course – along with nightclubs, marinas and top-notch spas that are famed for their use of natural local ingredients.

Add world-famous archeological sites, mountains dotted with vineyards and nature trails, and the wonderful idiosyncrasies that make Cyprus what it is, like being able to mix with locals to share gossip in a village coffee shop, or having your journey in the countryside interrupted by a traffic jam of goats. It’s an intoxicating mix.

History buffs will be in awe. In fact, Cyprus has an astonishing history. It is a massive part of its charm. Remains of the oldest known settlements date from the Neolithic Age, 8200-3900 BC. Rulers include the Romans and Byzantines, Richard the Lionheart and the Templars, the Venetians and, of course, the British. All left their mark. New kingdoms came and went, but one that withstood time was Paphos (local spelling Pafos). It still thrives as a region and town today.

Paphos, itself, is a World Heritage Site in its entirety, and this is due in no small part to the Tombs of the Kings. Dating from the Hellenistic and Roman periods, around 325BC to 330AD, the site contains around 100 well-preserved underground tombs and chambers, some with sturdy Doric style columns and ‘cloisters’. The tombs would have been used to bury local nobles and their families. The site is vast with little shade so take plenty of water with you if you make the tombs a stop on your visit.

A short distance away at Paphos harbour you’ll find the Mosaics of Pafos – a must-see place. Dating from as early as the 300AD, the mosaic floors are some of the earliest ever found in the region and are remarkably well-preserved. They would have been in the homes of the city’s elite – nobles Dionysos and Theseus to name just two. Allow around three hours to really enjoy them.

If you adore ancient history you will be spoilt for choice in Cyprus. A few miles away, between Paphos and Limassol, is the ancient remains of Kourion, a Kingdom that can trace its history back to around 3000BC. Here, you’ll marvel at the amazing Graeco-Roman amphitheatre. If, like me, you like to indulge your imagination, you’ll ‘hear’ the roar of the crowds as they enjoy gladiatorial fights. Even today the opera and Shakespeare plays held here use the acoustics to full effect – try to catch a performance on your holiday if you can.

While visitors to Cyprus often head straight for the beach or choose to top up their tan around their hotel’s swimming pool, it would be sad to miss out on one of the island’s most revitalizing experiences – a day trip to the wonderfully quiet and verdant Troodos Mountains.

You’ll travel along the scenic, winding roads of the Troodos region and see villages where little has changed in decades. If you are lucky you may catch a village festival where the haunting sounds of the bouzouki fill the air. Along the way, refresh at one of the many family-owned wineries and don’t miss the mountains’ magnificent Kykkos Monastery. It is the richest monastery in Cyprus where the first president of Cyprus, Archbishop Makarios III served as a novice.

While the Kykkos Monastery may pop up in the odd holiday guidebook, it is often overlooked as a must-do place to visit. The monastery’s museum has to be seen to be believed – my jaw, literally, dropped at the treasures on display when I first visited a decade or more ago.

Cyprus is the third largest in the Mediterranean and often described as being at the crossroads of three continents: Europe, Asia and Africa. All three have influenced the island’s history, and today its towns, culture and its cuisine. Try a mezé of local dishes, add a glass of Cypriot wine and take a minute to reflect on your time in Cyprus – it’s an island that will capture your heart too. 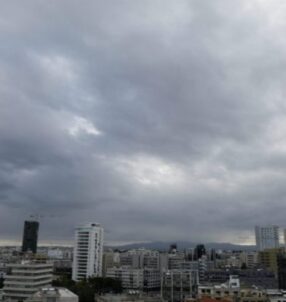