Trump says his “journey” is “far from being over”

Former President Trump returned to the public spotlight on Sunday at the Conservative Political Action Conference in Orlando, giving his first public speech since leaving office and since he was acquitted in his Senate impeachment trial.  Mr. Trump laid out his vision for the Republican Party, called for states to pass new election laws, teased a possible 2024 run and criticized President Biden’s first month in office.

Mr. Trump indicated he’ll remain active in Republican politics and said his “journey” that began during his first presidential run is “far from being over.” The former president shot down rumors that he was thinking about creating a third party.

“We have the Republican Party. It’s going to unite and be stronger than ever before,” Mr. Trump said. “Wouldn’t that be brilliant? Let’s start a new party—let’s divide our vote, so that you can never win. No, we’re not interested in that.”

Mr. Trump said he believes the GOP is united and the divisions within the party are “between a handful of Washington D.C. establishment political hacks, and everybody else all over the country.” He said he will be “actively working” to elect Republicans who embody his vision for the party and told his supporters to donate to his PAC if they want to help elect the candidates he supports rather than other GOP groups.

“We want Republican leaders who are loyal to the voters and who will work proudly for the vision I’ve laid out today,” Mr. Trump said, adding that includes issues like supporting the military, promoting “law and order,” “great trade deals and great education.”

Mr. Trump attacked some of his critics, including the seven GOP senators who voted to convict him in his impeachment trial. He also called out the 10 House Republicans who voted for his impeachment, including Wyoming Representative Liz Cheney of Wyoming, who Mr. Trump said is “a person who loves to see our troops fighting.”

“Get rid of them all,” Mr. Trump said about the Republicans who backed impeachment.

Results from a conference straw poll found 55% of attendees would vote for Mr. Trump for the Republican nomination if the election was held today. Nearly 7 in 10 respondents said that they want Mr. Trump to run in the next presidential election.

Mr. Trump attacked President Biden, saying his successor has had the “most disastrous first month of any president in modern history” and sharply criticized his decisions on foreign policy, energy and immigration.

“In just one short month we’ve gone from America first to America last,” Mr. Trump said. “There’s no better example than the new and horrible crisis on the southern border.”

The former president also called for schools to reopen and accused the Biden administration of catering to teachers’ unions.

“Their callous indifference to working families is equally clear when it comes to the critical matter of getting America’s children back to school,” Mr. Trump said. “It’s the teachers’ union, it’s the votes and it shouldn’t happen.”

Mr. Trump’s appearance capped off a conference that featured many leaders in the Repubilcan Party, including potential 2024 presidential candidates, saying the former president should continue to play a role in the GOP. Several speakers said that Republicans shouldn’t return to the policies from the pre-Trump era.

Attendees erupted in applause after Mr. Trump falsely suggested that he won the 2020 election and said, “I may even decide to beat them for a third time.”

“With your help we will take back the House, we will win the Senate, and then a Republican president will make a triumphant return to the White House. And I wonder who that will be,” Mr. Trump later said.

During the conference there were seven panels about the 2020 election and some speakers repeated false claims about widespread fraud in the election. Mr. Trump in his speech called for an end to no-excuse absentee voting, strong voter ID laws and for the election to take place on one day. More than 40 state legislatures have introduced bills that would restrict voting access, according to the Brennan Center for Justice.

“We need election integrity and election reform immediately,” Mr. Trump said. He went on to falsely state that the election was “rigged” and complained that the Supreme Court “didn’t have the guts or the courage to make the right decision” on a case that challenged the election results.

Mr. Trump and his allies lost more than 60 court cases after the election, and his own attorney general said there was no evidence of fraud at a level that “could have effected a different outcome in the election.”

Earlier on Sunday, Representative Jim Jordan of Ohio, a staunch ally of the former president, said he wants to see Mr. Trump run for president again in 2024. 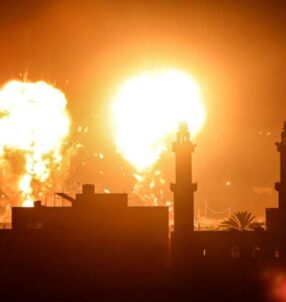