Ministers are facing questions about the Covid testing company linked to suspected wrong PCR results, as it emerged its sister company in the UK is being investigated over travel testing failures and a related US firm sent out used DNA test kits filled with other customers’ saliva.

Immensa Health Clinic is under scrutiny after the UK Health Security Agency (UKHSA) found at least 43,000 people may have been wrongly given a negative Covid test result, leading to the suspension of operations at its privately run laboratory in Wolverhampton.

It followed an investigation into reports of people receiving negative PCR test results after previously testing positive on a lateral flow device, many of them in the south-west and Wales.

Immensa was founded in May 2020 by Andrea Riposati, a former management consultant and owner of a DNA testing company, just three months before it was awarded a £119m PCR testing contract by the Department of Health and Social Care (DHSC). He is the sole listed owner and board director.

Riposati is also the founder of Dante Labs, which is under investigation in the UK by the Competition and Markets Authority over its PCR travel tests.

The watchdog said it would look into concerns that Dante Labs may be treating customers unfairly by not delivering PCR tests or results on time or at all, failing to respond to complaints or provide proper customer service, refusing or delaying refunds when requested and using terms and conditions that may unfairly limit consumers’ rights.

© Photograph: Christopher Furlong/Getty Images An NHS testing site in Wolverhampton, where Immensa Health Clinic has suspended operations at its laboratory.

In the US, Dante Labs admitted having sent five used DNA test kits to customers containing the saliva of other people. One reported finding the tube where he was meant to deposit his spit was already filled with bubbly liquid and sealed up in a biohazard bag.

After the incident in 2018, Dante Labs issued a statement saying five people received “used kits” as a result of an error by its shipping provider, with Riposati saying he took “full responsibility”.

There have been further questions over the management of Immensa . Earlier this year, the DHSC promised to launch an investigation after the Sun on Sunday found workers appeared to be fighting, sleeping, playing football and drinking on duty while working at Immensa’s Wolverhampton lab. The government said at the time it would speak to Immensa as it took “evidence of misconduct extremely seriously”.

Despite this, Immensa won a further £50m contract from the DHSC as recently as July. It appears to have opened another PCR testing laboratory at Charnwood, Leicestershire, in September, with the launch attended by the Tory MP for Loughborough, Jane Hunt.

Jonathan Ashworth, the shadow health secretary, said: “Serious questions have to be asked about how this private firm – who didn’t exist before May 2020 – was awarded a lucrative £120m contract to run this lab.

“From duff PPE to failing test kits, ministers have sprayed around tax money like confetti and utterly failed to deliver the service people deserve.”

The original £119m PCR testing contract was awarded to Immensa last year without being put out to tender, raising questions about how and why it was given the deal.

In an unusual move, the government press release announcing the suspension of the Wolverhampton lab on Friday contained a supportive quote from Riposati, saying: “We are fully collaborating with UKHSA on this matter. Quality is paramount for us. We have proudly analysed more than 2.5m samples for NHS test and trace, working closely with the great teams at the Department of Health and Social Care and UKHSA. We do not wish this matter or anything else to tarnish the amazing work done by the UK in this pandemic.”

NHS test and trace said about 400,000 samples had been processed through the Wolverhampton lab, the vast majority of which will have been negative results, but an estimated 43,000 people may have been given incorrect negative PCR test results between 8 September and 12 October, mostly in south-west England.

Test and trace is contacting the people who could still be infectious to advise them to take another test.

The UKHSA said it was “an isolated incident attributed to one laboratory but all samples are now being redirected to other laboratories”.

A spokesperson for Immensa said:“We have been cooperating fully with the UKHSA on this matter and will continue to do so.”

The company did not respond to questions about the US used tests incident or behaviour of staff at its Wolverhampton lab.

In relation to the CMA inquiry, the spokesperson said it was disappointed about the move but fully cooperating, adding: “Dante Labs has completed over four million tests in support of families, small businesses and local authorities since the pandemic began. We have a strong track record of providing all major Covid-19 tests, as approved by the Department of Health and Social Care.

“While the overwhelming majority of our customers have received a timely and cost-effective service, we recognise the challenges faced by a small proportion of those who have purchased our tests. We have invested significantly in our customer service operation to improve our overall delivery in the face of huge demand.”

Dr Will Welfare, the public health incident director at UKHSA, said: “There is no evidence of any faults with LFD or PCR test kits themselves and the public should remain confident in using them and in other laboratory services currently provided.”

However, some scientists are concerned that false results could have been partly responsible for the recent rise in Covid cases, which have topped 45,000 a day.

Dr Kit Yates, a mathematical biologist at the University of Bath and a member of the Independent Sage group of scientists, suggested the suspected testing errors could have had serious consequences.

He said: “We now know 43,000 people are believed to have been given false negatives, but this doesn’t even come near to the cost of the mistake.

“Many of these people will have been forced into school or work, potentially infecting others. This could be part of the reason behind some of the recent rises we’ve seen.

“We need to find out exactly what happened here in order to make sure it doesn’t happen again elsewhere.”

Speaking on a visit in the West Country, Boris Johnson said officials 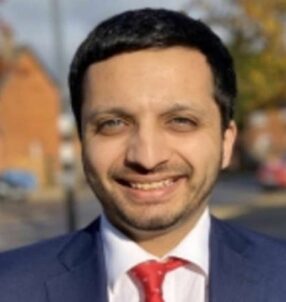