Reactors at Europe’s biggest nuclear power plant in Ukraine are still intact despite the Russian bombardment to seize the facility.

Satellite images from the Zaporizhzhia power station, which produces 20% of Ukraine’s electricity supply all by itself, have so far shown no signs of damage.

Russian troops took control of the plant on March 4 after Ukrainian soldiers and civilians desperately attempted to block access to the city.

The shelling caused a fire to break out perilously close to one of the reactors, with CCTV appearing to show shells falling less than 250 feet from one of them.

Local authorities initially said firefighters were unable to get close because they were being shot at, but they later managed to extinguish the blaze.

The assault sparked international fears of a nuclear disaster, which in the words of Ukraine’s president Volodymyr Zelensky, could spell ‘the end for everyone’.

© Provided by Metro A fire broke out at Zaporizhzhia nuclear plant after it was attacked by Russian forces on March 4 (Picture: AP)

At the time, the International Atomic Energy Agency (IAEA) said the fire had not affected essential equipment or caused radiation levels to change.

US officials also said there was no indication of elevated radiation levels.

While the satellite images of Zaporizhzhia released by Planet Labs PBC offer reassurance, the situation on the ground remains fraught.

The IAEA confirmed it was ‘aware’ of reports of munition explosions and was seeking more information from Ukraine.

Energoatom also claimed that 11 representatives of Russia’s state nuclear corporation, Rosatom, were at Zaporizhzhia and taking part in the explosions.

It accused Rosatom of violating ‘all established international rules and requirements of nuclear and radiation safety’. 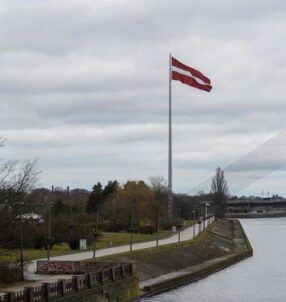