Presidential Commissioner Photis Photiou met Wednesday with British All-Party Parliamentary Group for Cyprus delegation, who is paying the island a visit. Missing persons issue and the Cyprus peace talks were on the agenda.

Photiou who received the MPs on behalf of President Nicos Anastasiades, conveyed Cyprus` appreciation for the group`s support as regards the Cyprus issue and the solution based on UN resolutions and their support for the need to identify the fate of all missing persons in Cyprus. He referred to Turkey`s provocative stance and lack of cooperation and asked the parliamentarians` support in promoting this issue.

Photiou also said that Cyprus wishes for a more active role on behalf of the UK to this end. He briefed them also on the issue of destruction of religious and cultural sites in the occupied areas.

The Group reassured of their firm support as regards the missing persons issue and the peace talks for the reunification of the island.

Cyprus has been divided since 1974, when Turkish troops invaded and occupied 37% of its territory. Numerous rounds of talks under the UN aegis to reunite the island under a federal roof failed to yield results.

Since the Turkish invasion the fate of hundreds of people remains unknown.

A Committee on Missing Persons has been established, upon agreement between the leaders of the two communities, with the scope of exhuming, identifying and returning to their relatives the remains of missing persons. 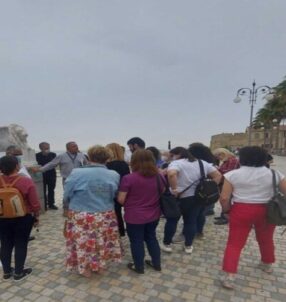