4th July 2021, Nicosia
Dear Turkish Cypriot compatriots,
The 23rd Congress of AKEL, which met in Nicosia between 2nd and 4th July 2021, conveys to all of you a warm and militant greeting of friendship and cooperation.
The timeless common class and political struggles waged by Greek Cypriots and Turkish Cypriots are the beacon that shows us the way to the need for a common path of struggle, aiming at the redemption of our suffering people.
1. The Left remains firmly committed to the policy of rapprochement and the common struggle of Greek Cypriots and Turkish Cypriots for a peaceful, secure and hopeful future for all Cypriots.
2. The Cyprus problem is unfortunately going through one the most difficult periods in its history. On the one hand, the Turkish Cypriot leader and Turkey are now formally putting forth the position for a two state solution, while new fait accompli on the ground are being attempted which consolidate further the partitionist status quo. Turkey is stepping up its efforts to incorporate the occupied territories, which constitutes a threat to the very future of the Turkish Cypriot community and the Cypriot people in general. On the other hand, the Greek Cypriot leader, after a series of regressions in his positions and the failure to make use of previous positive circumstances to promote a solution, has facilitated Turkey in its above-mentioned machinations.
3. The recent period has put further obstacles in the way of the physical contact between the two communities due to the stricter measures applied for crossing the checkpoints during the pandemic period. It is a fact that the progressive forces of the country have struggled and are struggling to normalize the crossing of the checkpoints in a safe manner in line with health protocols. The contact between people through the checkpoints has been the most important achievement of the movement for rapprochement since 2003.
4. Despite the difficult circumstances, it is the duty of all the progressive forces in our country to reverse the gloomy climate and ensure that the voices of the majority of Cypriots who are seeking the common coexistence of Greek Cypriots and Turkish Cypriots and the finding of a solution of bi-zonal bicommunal federation with political equality based on the relevant UN resolutions and decisions, the convergences recorded so far and the Guterres Framework, are heard.
5. We are struggling for a mutually acceptable solution that will secure a hopeful future for our people and homeland. A future of growth, prosperity, a peaceful and creative coexistence and perspective, serving first and foremost the interests of Cypriots in a homeland liberated from foreign troops and “guardians”.
6. The solution of the Cyprus problem as soon as possible now also concerns the preservation of the communal existence and continuation of the identity of the Turkish Cypriots on the island. We stand in solidarity with the struggles Turkish Cypriots are waging to resist Turkey’s objective of their socio-economic assimilation and of silencing the voices of those who disagree with the ruling policies.
7. For AKEL, rapprochement is first and foremost a political process of strategic importance in our struggle. Rapprochement is the political process that can heal the wounds opened by the crimes committed by chauvinism and foreign interventions in our country. It is the way to fulfill the goals of our common struggle for peace, the solution of the Cyprus problem and reunification. It is imperative that the progressive and peace-loving forces in both communities work together even more vigorously to achieve their goals. On this occasion, we salute the mobilizations of the Turkish Cypriots against Turkey’s policy of assimilation.
8. The progressive forces need to:
– Remain consistent and firmly committed to the basic principles of the solution of the Cyprus problem as outlined above.
– Intensify the struggle against nationalism and chauvinism and their crimes which historically have been exploited by external actors and brought so much suffering in our country.
– Seek to reverse the negative climate that is being created and sought to be further cultivated among our people by nationalist voices in both communities.
– Strengthen rapprochement and bicommunal activities at numerous levels with a view to cultivating cooperation, solidarity and mutual understanding between the two communities.
– To play an even more dynamic role in the common struggle and actions by taking initiatives that should above all be based on the grassroots of society and rally broader forces that are sincerely seeking and struggling for the solution of bizonal, bicommunal federation.
As AKEL we will continue the struggle and resistance to any machinations that want our people and land divided. We shall raise even higher the banners of friendship, cooperation and common struggle for a free and united, common homeland, the Motherland of all its children. 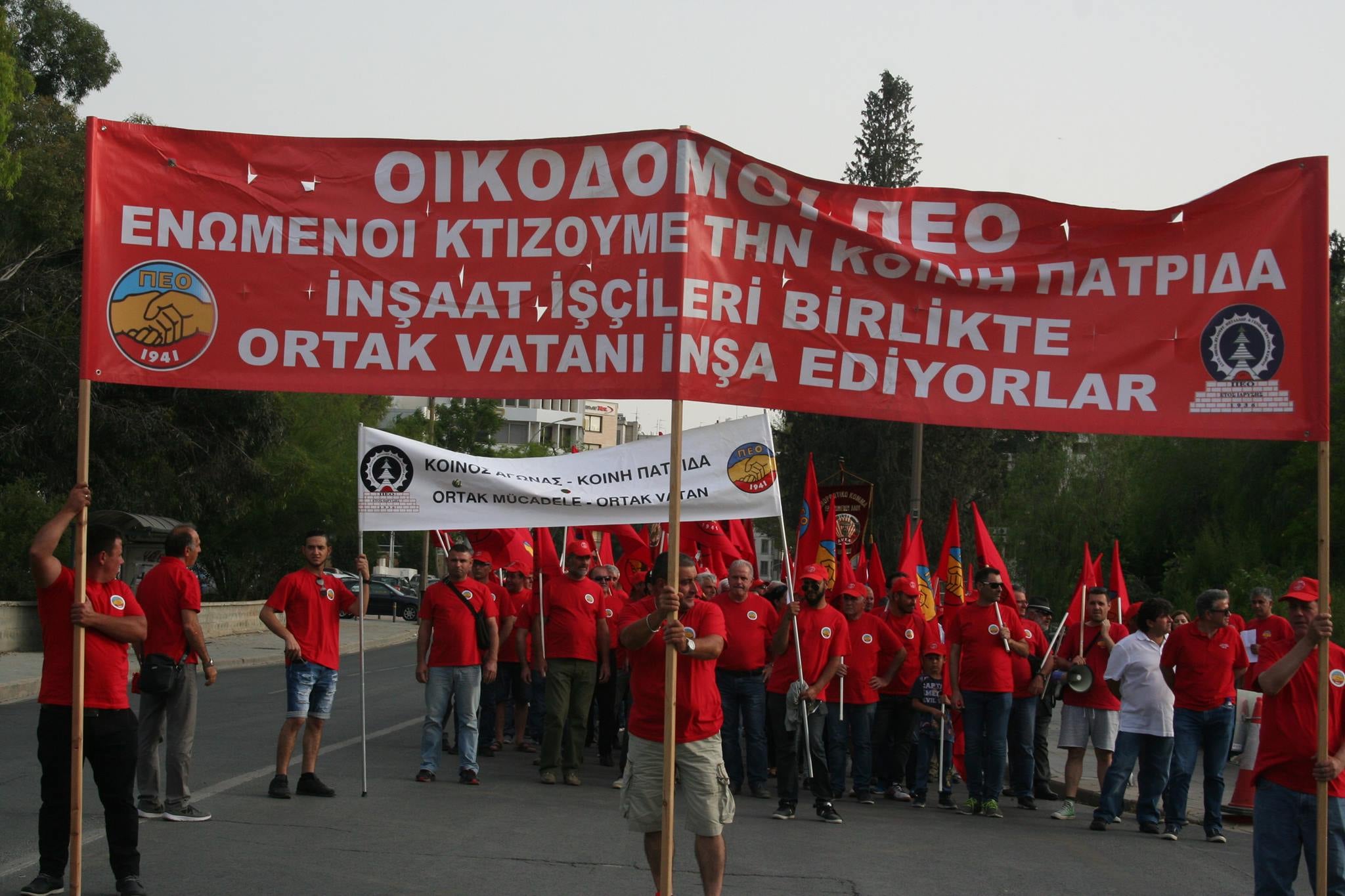 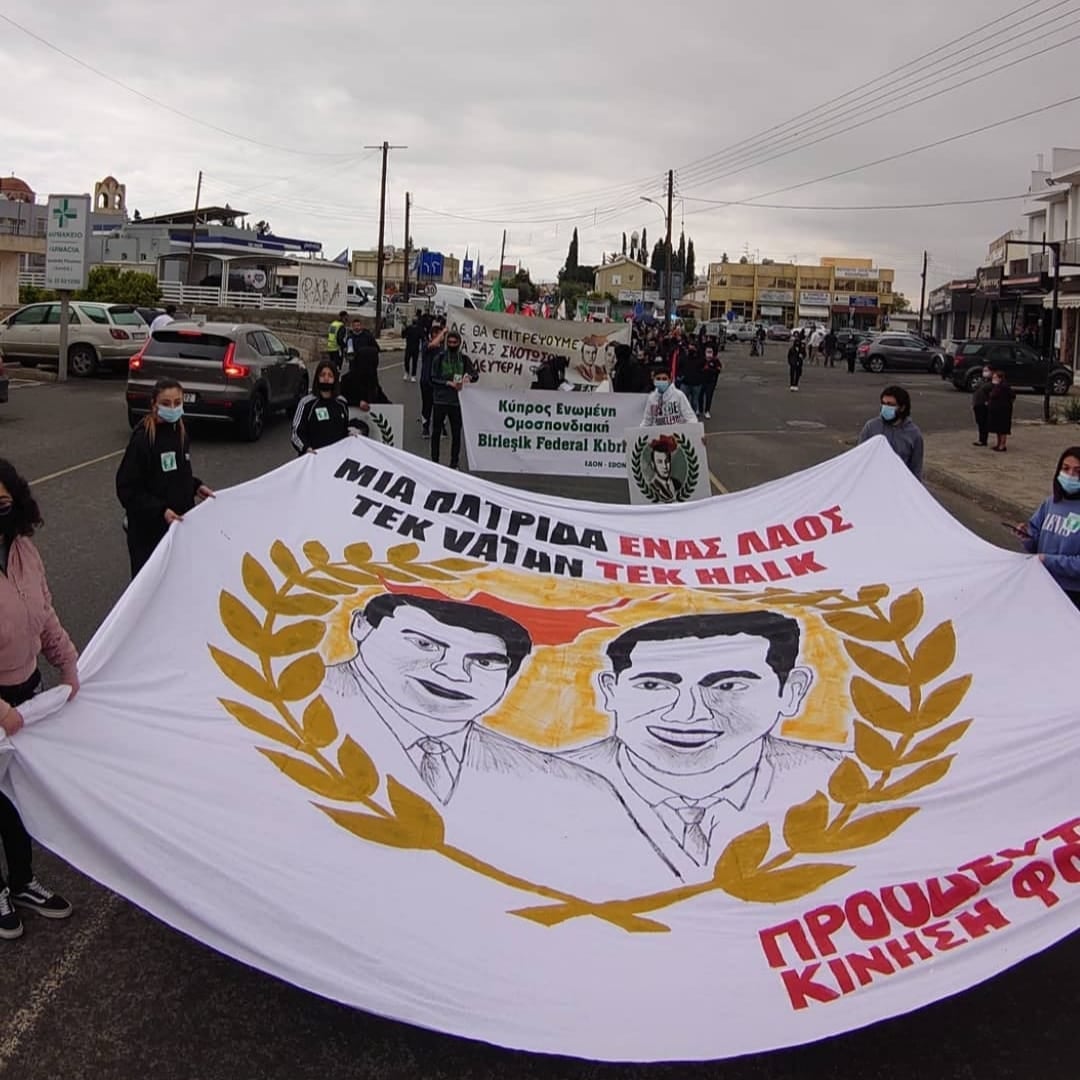 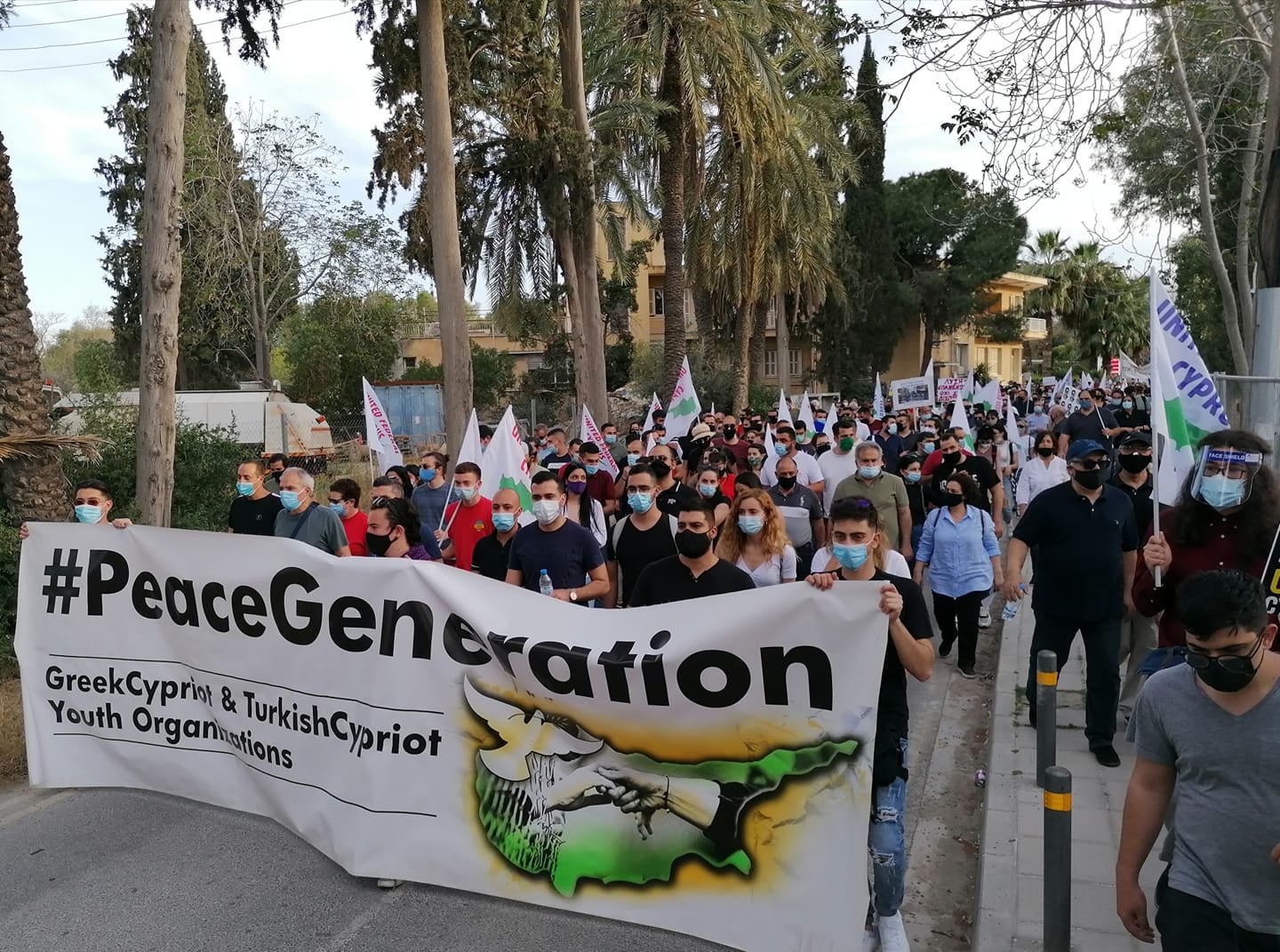 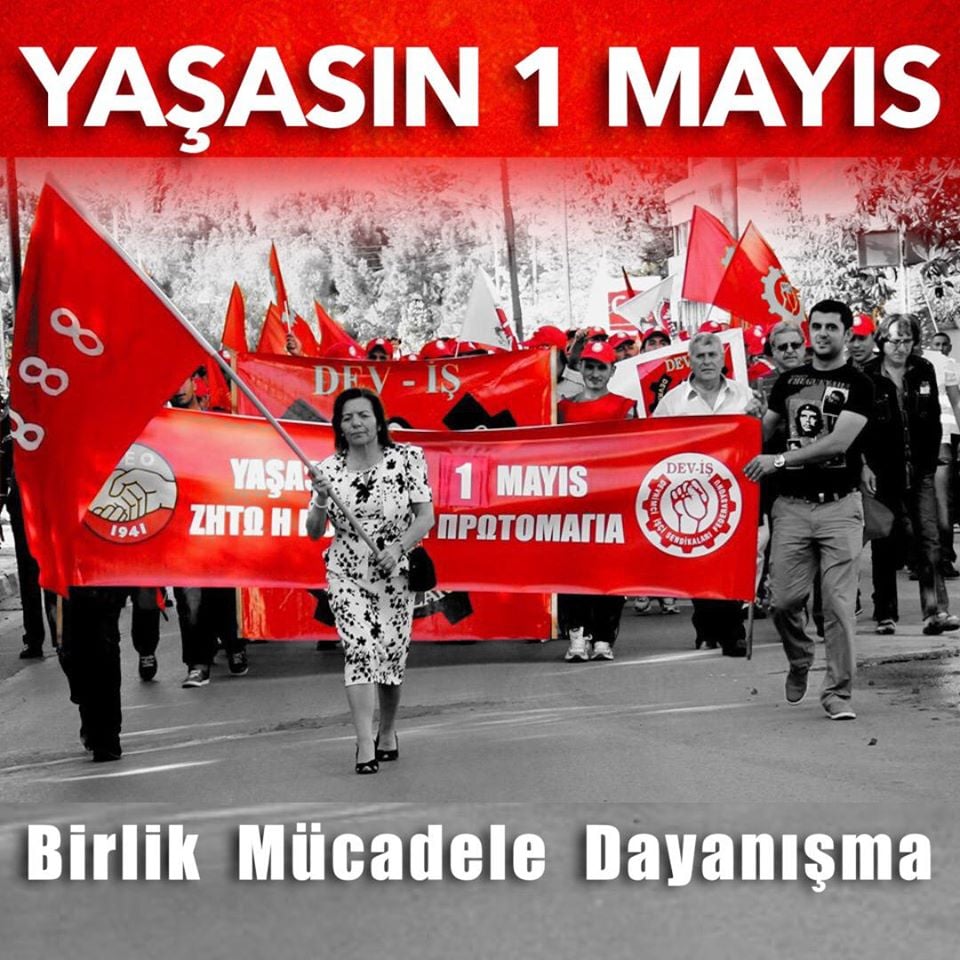 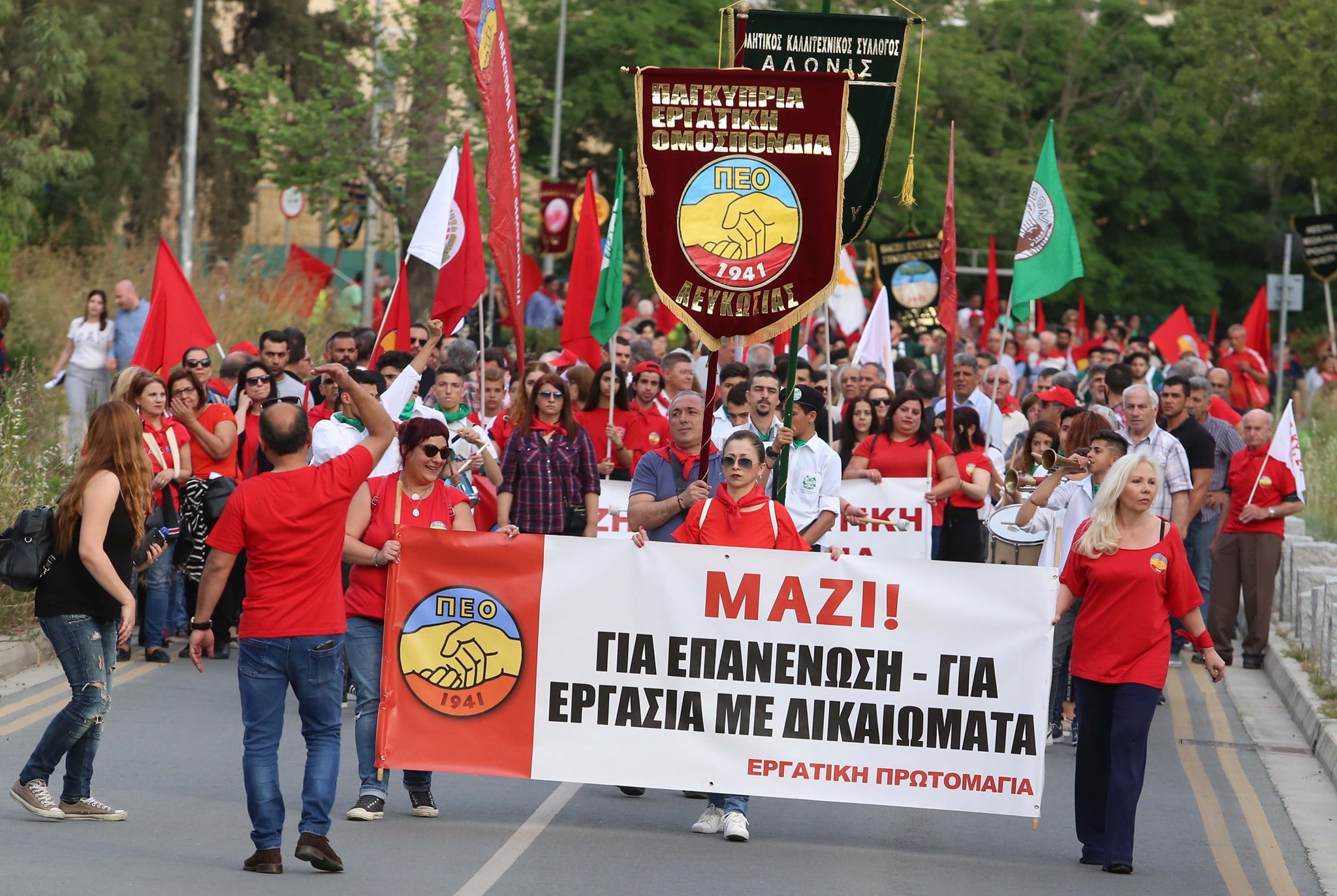 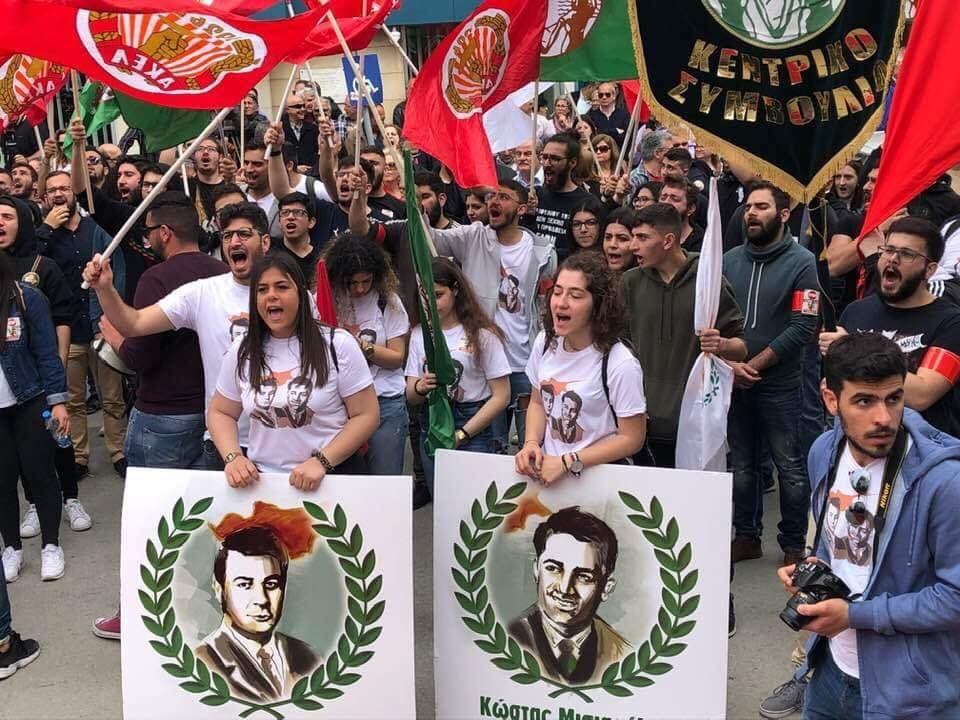 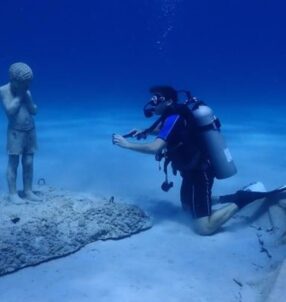 The Museum of Underwater Sculpture at Ayia Napa, Cyprus is ‘a jewel of the Mediterranean’ officials say at opening ceremony