A patriot, a true European is gone…

Panagiotis Drakopoulos was born in Athens in 1941.

He took his first lessons from his father, before even entering primary school. At the same time, he continued his education at home. As a teenager, he turned his attention to philosophy, history and especially to the history of culture.

He started his journalistic career at the age of 20, writing art reviews for magazines. At the same age, he joined the European Movement, whose activities were banned by the dictatorship. The military regime jailed him for nine months on charges of polluting public space for distributing leaflets against the regime.

He worked at the Research Center of Greek Philosophy of the Academy of Athens and at the private Center for Philosophical Research. He was the publishing director of the philosophical and political magazine EPOPTIA, which was published by his wife Zenovia.

He published works of the greatest Greek intellectuals, but also translations of the most important thinkers in the international arena.

Texts and authors unknown until then to the Greek public, appeared, for the first time, from its pages – such as Karl Popper, Hayek and the Greeks K. Kastoriadis, K. Axelos, Papaioannou and others.

He was advisor of three ministers and Archbishop Christodoulos on European affairs.

As a founding member of the Greek Section of the Association of European Journalists, he was honored many times.

His interest was on the European citizen, giving us many essays on forms and trends of European culture.

Since 2008, he was the director of the cultural center AMPELOS and the editorial director of PRO EUROPA, www.pro-europa.eu

Among his books, the most known internationally is “Greek and Western Middle Ages” and “The Archeology of European Nationalism: from Homer to Euripides “.

His latest book entitled “Biography of Europe, the shaping of its cultural face” is amazing in meaning, concise and absolutely instructive and should be found in every school not only in Greece but also in Europe. Simple in its description but with an impressive illustration, the “Biography of Europe” takes the reader from 40,000 BC. to the signing of the Treaty of Rome on March 25, 1957 and explains why this continent gave birth to philosophy, democracy, literature, art and political totalitarianism. It also explains how production developed conceptually and practically in Europe and why, in combination with the European spirit, it led to all the economic revolutions that our world has experienced and is experiencing.

The Greek section honors its worthy member and promises to continue his European vision. 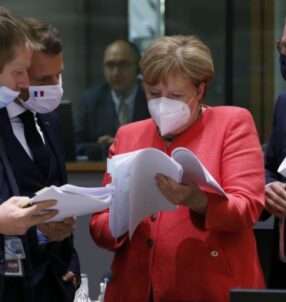