You are here: Home  /  CYPRUS  /  Anastasiades is consolidating the deadlock on the Cyprus problem
CYPRUS Anastasiades is consolidating the deadlock on the Cyprus problem

Instead of focusing on the effort to resume the negotiations, the President of the Republic is engaged in a game of issuing statements and creating impressions with the Turkish Cypriot leader Ersin Tatar.
By doing so, the only thing N.Anastasiades achieves is consolidating the deadlock on the Cyprus problem, which facilitates Turkey’s partitionist policy.
The President’s statements about returning to the implementation of the 1960 Constitution serve two purposes:
α) The destruction of any vestiges of credibility left to him internationally with regards his willingness to resume negotiations from where they had remained in 2017 and achieve the solution of reunification.
b) The abandonment of the agreed basis of the solution of a bizonal, bicommunal federation, a fact which leads directly to the definitive partition with all the dangers that entails for Cyprus and our people.
Policy is not judged by intentions, statements and announcements. It is judged by its end results. And what is recorded during the period of the Anastasiades-DISY government is the continuous slide towards the final partition of Cyprus and indeed with the international community holding Nicos Anastasiades jointly responsible. 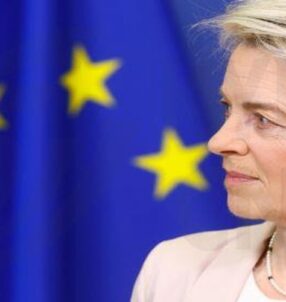