In a new paper, titled ‘The Benefits of Brexit: How the UK is taking advantage of leaving the EU’, the Government has outlined bold plans to take advantage of new freedoms and boost the competitiveness of British business. A key target is Britain’s car industry which currently has an annual turnover of £56 billion, supporting nearly 400,000 jobs in manufacturing and the wider economy. According to the paper, automotive companies will be given new opportunities to grow and expand their business as a result of the UK being able to negotiate directly with key markets. It adds: “For example, reducing the tariff barriers to the Indian market could support Jaguar Land Rover to export more UK made vehicles and use more of its UK based supply chain in its Indian manufacturing.

“The Indian import demand for Automotive is estimated to grow by 94 percent for the period 2019-2030 and is already the fourth largest market in the world.”

As well as India, two other countries of focus are the US and Japan, which the paper says could be a source of collaboration on areas such as battery recycling, semiconductors and critical raw materials.

It adds: “In areas such as Connected and Automated Mobility we plan to attract new research and development investment with our own regulatory approach and bilateral dialogue.”

Mike Hawes, chief executive of the Society of Motor Manufacturers and Traders (SMMT), said: “Britain’s car industry stands to benefit from fair, balanced trade deals both with established markets as well as new and growing markets such as India, which is currently under negotiation.

“As always, the devil will be in the detail, but the industry can seize new international opportunities if the deal reduce tariffs and other barriers to trade and enable good market access.”

He added: “The Government has backed Britain’s automotive industry, not least by securing the crucial trade deal with Europe – the Trade and Cooperation Agreement (TCA).

“To take advantage of opportunities, the provisions agreed in the TCA must be delivered in full, new trade deals secured, along with workable rules of origin to secure tariff-free trade, thereby opening up access to new growth markets.”

Globally, the car industry has been struggling since the pandemic due to a shortage of semiconductors which are vital in various areas of production from dashboard displays to emergency brake systems. 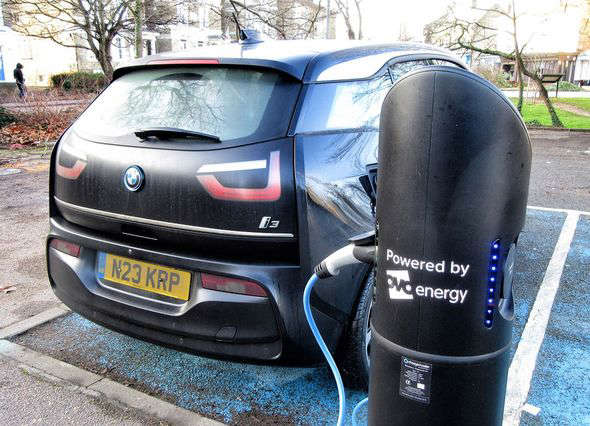 Several major manufacturers have had to reduce production as a result with the SMMT reporting 2021 as the worst year for car sales in over 50 years.

In a sign of resilience, British manufacturer Jaguar Land Rover today reported it had still seen revenues increase despite the challenging conditions.

While overall car sales have fallen recently, electric vehicles have bucked the trend, proving to be a success story within the sector.

Sales of battery electric vehicles soared 76.3 percent in 2021, with the Tesla Model 3 emerging as the second best selling car.

In the Government’s new paper, it sets the target of increasing the overall production of vehicles by the end of this Parliament, adding that fully electric vehicles will make up the majority of new growth.

Among the proposals to achieve this is a new immigration system aimed at attracting workers with skills needed for the automotive sector.

Zero emission vehicle sales will also be boosted by a new mandate requiring manufacturers to sell a certain proportion of the cars each year.

The Government says this will provide “certainty for consumers, charging infrastructure investors and automotive manufacturers to plan their future purchasing and investment decisions and operations.”