Britney Spears’s father, James P. Spears, who agreed earlier this summer to eventually step down from his own role in the conservatorship that has overseen her finances and controlled much of her life since 2008, filed a petition on Tuesday asking the court to “now seriously consider whether this conservatorship is no longer required.”

The filing marked a turnaround for Mr. Spears, who long insisted that the guardianship — which was imposed 13 years ago amid concerns over the singer’s mental health and possible drug use — was in his daughter’s best interest. Last month, he said he would eventually step aside from his role overseeing the singer’s finances once there could be “an orderly transition to a new conservator,” but argued that he should not be immediately removed. Until now, he has not said that the conservatorship should end, something that Ms. Spears announced she wanted publicly for the first time in a June court hearing, when she called the arrangement “abusive.” 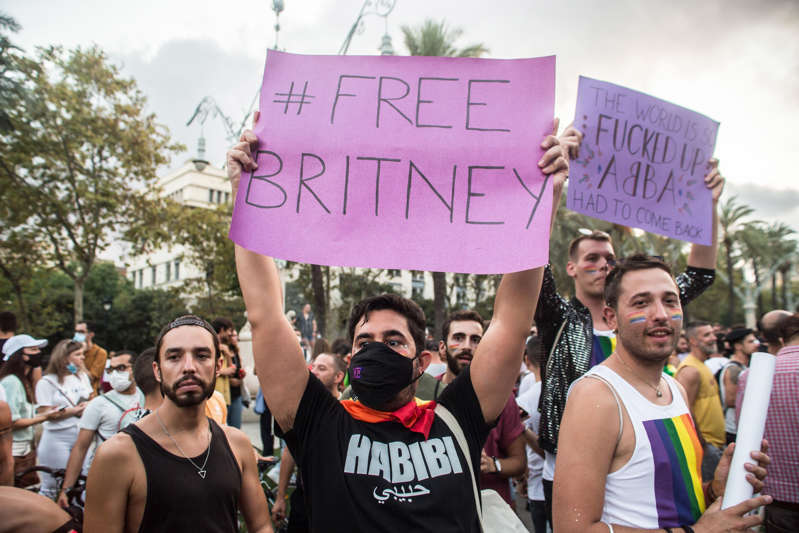 © 2021 SOPA Images BARCELONA, CATALONIA, SPAIN – 2021/09/04: A man with a placard saying, Free Britney (Britney Spears American singer) during Pride of Barcelona 2021. The Pride of Barcelona 2021, has been held on a rescheduled date that Saturday, September 4, under the theme “together against the stigma of HIV”, with a reading of a manifesto and as a great attraction a Brazilian samba school parade. (Photo by Thiago Prudencio/SOPA Images/LightRocket via Getty Images)

“As Mr. Spears has said again and again, all he wants is what is best for his daughter,” Mr. Spears’s lawyer, Vivian Lee Thoreen, wrote in the new filing. “If Ms. Spears wants to terminate the conservatorship and believes that she can handle her own life, Mr. Spears believes that she should get that chance.”

Ms. Spears, 39, has not yet filed her own formal petition to end the conservatorship; she has, however, asked the judge to remove her father as conservator of her estate. He has not served as her personal conservator since September 2019, when Jodi Montgomery, a licensed professional conservator, took over on an ongoing temporary basis.

Mr. Spears’s lawyer wrote that Ms. Spears had recently “demonstrated a level of independence that calls into question whether a conservatorship of the person is required.” Ms. Thoreen cited news reports that the singer had been driving — something she had previously been unable to do under the strictures of the conservatorship — and that she had recently chosen her own counsel, Mathew S. Rosengart, a former federal prosecutor and Hollywood lawyer who took over as Ms. Spears’s representative in July. When the conservatorship began, Ms. Spears was found to be incapable of hiring her own counsel. 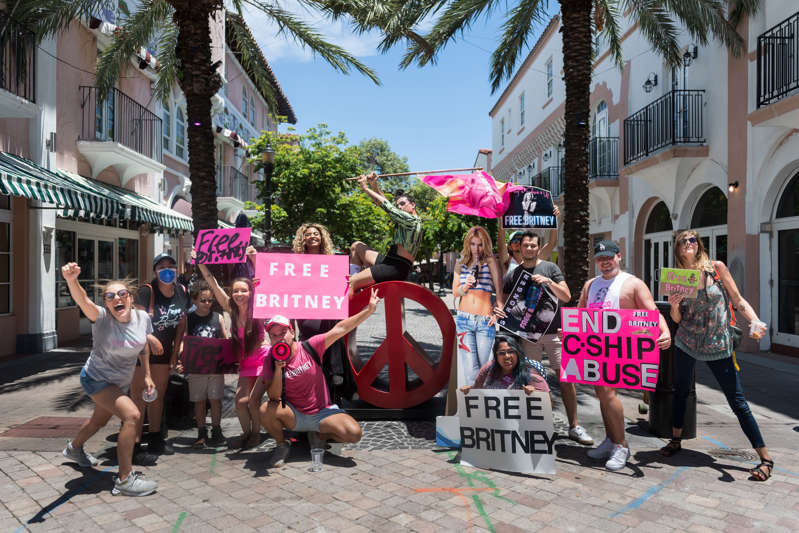 © 2021 Jason Koerner MIAMI BEACH, FLORIDA – AUGUST 07: Supporters of Britney Spears hold signs during a #FreeBritney rally in South Beach on August 07, 2021 in Miami Beach, Florida. Spears was placed in a conservatorship managed by her father, Jamie Spears, and an attorney, which controls her assets and business dealings, following her involuntary hospitalization in 2008. (Photo by Jason Koerner/Getty Images)

In a statement, Mr. Rosengart called the filing “vindication” for Ms. Spears. “To the extent Mr. Spears believes he can try to avoid accountability and justice, including sitting for a sworn deposition and answering other discovery under oath, he is incorrect and our investigation into financial mismanagement and other issues will continue,” he said.

As a movement among the singer’s fans known as #FreeBritney grew online, arguing that the conservatorship should end, Mr. Spears consistently defended his management of his daughter’s life. In the court filing, his lawyer again maintained that the arrangement “helped Ms. Spears get through a major life crisis, rehabilitate and advance her career, and put her finances and her affairs in order.”

But, his lawyer wrote, the situation had changed when Ms. Spears spoke out fervently against the conservatorship. In June, Ms. Spears told the court that her father “loved” his control over her life and should be in jail for his actions as conservator. She has vowed not to perform as long as her father is in charge. 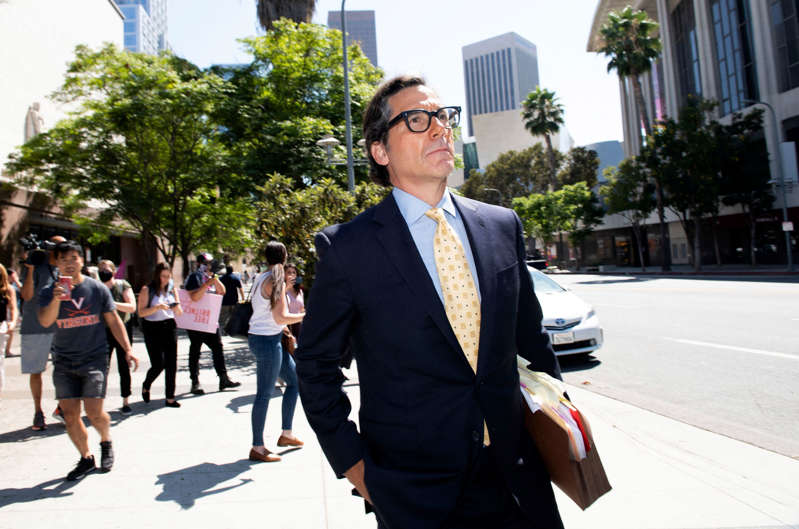 Britney Spears’ new layer Mathew S. Rosengart leaves the Los Angeles County Courthouse after a scheduled hearing in the Britney Spears guardianship case, in Los Angeles, July 19, 2021. – Britney Spears’ lawyer is moving “aggressively and expeditiously” to remove her father from the controversial guardianship controlling her affairs, he said Monday. The attorney updated reporters after a very brief Los Angeles court hearing held to discuss security costs for the singer’s professional conservator, who said she has received threats over the globally followed case. “My firm and I are moving aggressively and expeditiously to file a petition to remove Jamie Spears unless he resigns first,” said Mathew Rosengart (Photo by VALERIE MACON / AFP) (Photo by VALERIE MACON/AFP via Getty Images)

As recently as last month, Mr. Spears had fought Ms. Spears’s efforts to remove him from the arrangement and sought to deflect blame for Ms. Spears’s complaints on other people with responsibilities, including Ms. Montgomery, who has opposed Mr. Spears’s continued involvement in the conservatorship.

But in the new filing, Mr. Spears’s lawyer wrote that the singer should be able to choose her own doctor and manage her therapy. He also supported Ms. Spears’s request that the conservatorship end without a medical evaluation, which experts have said is unlikely.

Over the years, Ms. Spears has raised questions about the fitness of her father to serve as her conservator, citing his struggles with alcoholism. Confidential court records obtained by The New York Times indicated that as early as 2014, she said that she wanted to explore removing her father as conservator; in 2016 the singer told an investigator that she wanted the arrangement terminated as soon as possible. She started publicly calling for its end in her rare public appearance in court in June, where she told the judge overseeing her case, “I just want my life back.”

The next hearing in the case is scheduled for Sept. 29.