With most members of both the House and Senate at home in their districts, the second day of April was supposed to be a quiet day on Capitol Hill.

Over the nearly three months since a horde of pro-Trump rioters smashed through windows, assaulted police officers, and came within seconds of storming an occupied Senate chamber in their efforts to disrupt certification of the electoral college, the seat of America’s legislative branch has been the site of an uneasy peace.

Much of the fencing and razor wire that had surrounded the complex since the events of 6 January claimed the life of a Capitol Police officer had been removed, and while some post-insurrection security precautions – some fencing, metal detectors at the entrance to the House chamber, and National Guard troops augmenting the police – has remained a point of contention among some Republicans, the business of Congress has continued largely without disruption.

But whatever feeling of normalcy had returned to the US legislature was shattered along with the quiet of Good Friday, just after 1pm, when a dark blue vehicle slammed into a checkpoint barrier.

Within minutes, phones belonging to members and staff – many scattered across the country – buzzed with an alert that began to blare over the complex’s public address system: “Due to an external security threat located All US Capitol Campus Buildings, no entry or exit is permitted at this time. You may move throughout the building(s) but stay away from exterior windows and doors. If you are outside, seek cover.”

© AP File: A Capitol Police officer patrols with a rifle at the site where a car crashed into a barrier on Capitol Hill, Friday, April 2, 2021, in Washington. (AP Photo/Jacquelyn Martin)

For one junior House staffer – a recent college graduate who started work on the Hill just days before the 6 January insurrection – the phone alert triggered memories of that horrible day.

Speaking with The Independent, the staffer said their first reactions were nausea and a horrible sense of déjà vu.

“My first thought was: ‘not again,’” said the aide, who works for a House Democrat and requested anonymity because they are not authorised to speak to the press. “My second thought was that I need to find a trash can in case I throw up.”

Last time the Capitol was locked down, it was because rioters had breached nearly every level of security that had been put in place despite it being a day when the House and Senate were set to meet in a joint session to certify then-president Elect Joe Biden’s win over Donald Trump.

That day, insurrectionists made it as far as the Speaker’s Lobby of the House of Representatives – just steps from the House chamber – before police used deadly force to prevent one of them from getting too close. Officers battling the mob outside the building were told to refrain from discharging their firearms lest they incite return fire from any rioters who were carrying weapons.

Police took no chances this time.

According to Acting Capitol Police Chief Yogananda Pittman, the driver of the vehicle that had just struck two officers before slamming into the security barrier proceeded to exit his vehicle armed with a knife, at which point he was confronted by more officers.

Mr Pittman told reporters that the suspect had been pronounced dead from his wounds, and “with a very, very heavy heart”, added that one of the injured officers – William Evans – had succumbed to injuries inflicted by the now-deceased suspect.

© Provided by The Independent Noah Green, a suspect in Friday’s US Capitol attackhandout/AFP via Getty Images

Until officer Brian Sicknick died from injuries inflicted on him during the 6 January riot, only a handful of Capitol Police officers had been killed in the line of duty while defending the Capitol, most recently two who lost their lives during a 1998 shooting incident.

The as-yet unnamed fallen officer will be the just the sixth in Capitol Police history to have made the ultimate sacrifice.

Another Hill staffer – a longtime House aide who serves as a senior advisor to a top Democrat – was away from the building when he began receiving alerts about the incident. He told The Independent that he “felt terrible for the police,” but stressed that Friday’s events show “the system worked”, even if the result was “horrible nonetheless”.

“These people show up every day to protect us. It really shouldn’t have to be a life or death decision to take the job,” he said.

© Thomson Reuters Law enforcement officers hold up a U.S. Capitol Police jacket at the site after a car rammed a police barricade outside the U.S. Capitol building on Capitol Hill in Washington, U.S., April 2, 2021. REUTERS/Erin Scott

The veteran staffer later added that things could have been far worse if the attack had taken place on a day when Congress was in session.

While most members left home for the long Easter recess, home for Representative Jamie Raskin isn’t that far from his desk in the labyrinthine Rayburn House Office Building.

The Maryland Democrat, who led the House’s team of managers during Donald Trump’s second impeachment trial just two months ago, told The Independent that he was on the way to the Capitol for a meeting when an aide called to tell him to turn around because the complex was once again under attack and had been locked down.

Mr Raskin has been one of many Democrats who’ve supported House speaker Nancy Pelosi’s decision to maintain a robust security posture in the months since he and his colleagues came under attack.

That decision – a joint effort between Ms Pelosi and Senate Majority Leader Chuck Schumer – was made based on advice by both the Capitol Police and the Department of Homeland Security. The department cited the continuing threat from violent right-wing extremists as serious, ongoing, and more than sufficient to justify keeping some of the security fencing that was erected post-insurrection in place, even in the face of criticism from Republicans who have mocked the recently removed razor wire-topped barrier as “Fort Pelosi” and upbraided Democrats for constructing a “wall” at the Capitol while opposing Mr Trump’s border wall.

Mr Raskin said his first thought upon being told of Friday’s attack was that Ms Pelosi had been right to maintain a high alert despite the criticism from the other side of the aisle.

“Some of our colleagues who have done their best to whitewash the violent insurrection on January 6, have also been railing against speaker Pelosi for the security precautions,” he said. “I think this most recent nightmarish vindicates the speaker’s judgement”.

President Joe Biden issued a statement saying: “Jill and I were heartbroken to learn of the violent attack at a security checkpoint on the US Capitol grounds, which killed officer William Evans of the US Capitol Police, and left a fellow officer fighting for his life.

“We send our heartfelt condolences to Officer Evans’ family, and everyone grieving his loss.”

Police officials have not released any information about what – if anything – motivated the suspect, and Mr Raskin took pains to refrain from speculating about the suspect’s motive. But he said that given the climate of extremism that “has been with us for many years,” Friday’s events were not exactly a shock to him.

“I can’t say I was surprised, but I’m someone who felt good that that the speaker and congressional leadership generally have moved so forcefully to improve our security posture,” he said. 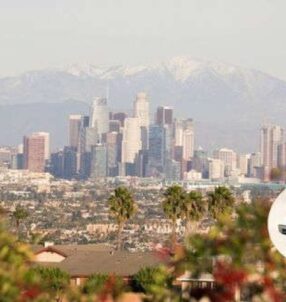