You are here: Home  /  AUTO MOTO  /  ‘Catastrophic’: Concerns over driving law change – ‘jury is out’ if it improves safety
AUTO MOTO ‘Catastrophic’: Concerns over driving law change – ‘jury is out’ if it improves safety

It is already illegal to text or make a phone call – other than in an emergency – using a hand-held device while driving. Under the new changes, laws will go further to ban drivers from using their phone to take photos or videos, scroll through playlists or play games.

Anyone caught using a hand-held device while driving will face a £200 fixed penalty notice and six points on their licence.

The original ban was introduced in 2003 with a £30 fine as a punishment if drivers were caught.

Following a public consultation in October, 81 percent of respondents supported proposals to strengthen the law and make it easier for culprits to be prosecuted.

As part of the changes, the Government will revise the Highway Code to explain the new measures.

Joshua Hughes, head of the complex Injury team at Bolt Burdon Kemp, said the move was a positive step to make roads safer.

He said: “Motorists are more reliant on mobile phones than ever.

“This proposed change in the law seeks to recognise the reality that many motorists still, despite the well-known dangers of distraction whilst driving, fail to resist the urge to look at their smartphones while at the wheel.

“The outcomes can be catastrophic and too many deaths and injuries occur as a result.

“The new law effectively provides that any use of a hand-held mobile phone whilst driving will be illegal, strengthening current legislation that criminalises texting or calling unless via hands-free.

“It is undoubtedly a welcome move and an easy ‘win’ – by closing what was somewhat of a loophole whereby the general use of a smartphone for, for example, scrolling through music or using games, was not prohibited.”

One important distinction for motorists is that the new rule outlines being stationary in traffic counts as driving.

This means hand-held mobile phone use at traffic lights or in motorway jams is illegal except in very limited circumstances.

There will be an exemption for drivers using their phones as a way to make a contactless payment while stationary.

However, Mr Hughes questions whether the law change will lead to any meaningful difference in the number of people who use their phone when driving.

He continued, saying: “As to whether the fear of greater enforcement powers will reduce the problem to any significant degree, I doubt it.

“Very few motorists are ignorant to the fact that driving and mobile phone use is illegal and I suspect many didn’t know the law required strengthening. 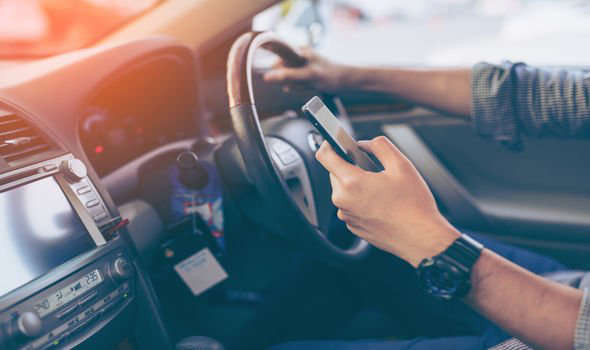 © Getty A driver using their phone.

“Ensuring motorists are better educated about the consequences of their actions is perhaps even more powerful.

“The law will, however, still permit the use of hands-free mobile phone use.

“As to whether using hands-free technology significantly reduces the risk of distraction and collision, the jury is still out.”

Motorists will be able to use a device including “hands-free” while driving as long as it is secured in a cradle.

The Government said this change is being made to improve road safety, as well as keep pace with technology.

A number of apps including Google Maps and Spotify now have voice activation, allowing drivers to focus solely on the road rather than changing a song or inputting locations. 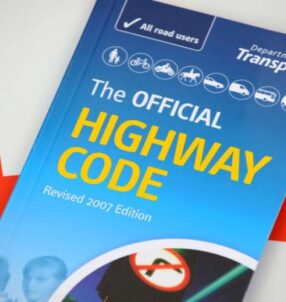