Jaguar Land Rover will halt production at its two main factories due to a shortage of computer chips as Covid-related supply issues continue to blight the global car industry.

The company will temporarily shut down production at its plants in Castle Bromwich in the West Midlands and Halewood on Merseyside from Monday.

Sources warned that the shortage of parts could affect other British plants. Honda has blamed supply issues for delays and Renault said on Thursday that supplies of chips to return were unlikely to return to normal until the third quarter of the year.

A senior car industry source said: “All car manufacturers in the UK – and around the world – have very limited visibility on chip supplies, sometimes just a week. It’s a combination of so many factors – Covid, Brexit and the Suez Canal blockage among them.”

The shutdown at JLR is expected to last at least a week, although it will monitor chip supplies before committing to a date for restarting.

Models affected by the stoppages include the Jaguar XE, XF and F-Type sports car at Castle Bromwich, and the Discovery Sport and Range Rover Evoque at Halewood. The shutdown was first reported by the Guardian.

© Provided by The Telegraph Discovery

A JLR spokesman said: “Like other automotive manufacturers, we are currently experiencing some Covid-19 supply chain disruption, including the global availability of semiconductors, which is having an impact on our production schedules and our ability to meet global demand for some of our vehicles.

“We are working closely with affected suppliers to resolve the issues and minimise the impact on customer orders wherever possible.”

Production at the Solihull plant will not be affected.  JLR’s Solihull plant produces the Range Rover and Discovery models, which are more expensive and generate higher profits. The decision to keep the plant operating could mean JLR is reserving chips for its most lucrative vehicles.

Ian Henry, managing director of AutoAnalysis, said: “All companies are focusing on their biggest money-makers, stopping production of the low margin or low-selling models.”

Separately on Thursday, Renault said it will not to issue any production forecasts for the year as a result of chip shortages.

Clotilde Delbos, chief financial officer of Renault, said: “Two months ago we said we think the peak will be in the second quarter, but we think there will be a lingering effect in the third quarter if not further. Visibility is deteriorating.”

Ford has announced further shutdowns to a swathe of plants worldwide as the chip shortage hits its vehicle manufacturing operations.

Plants in Spain, Germany, Romania and Turkey which have already begun or are due to halt work, or operate at lower levels have had these measures extended.

Five plants in the US and Canada – including one which makes the bestselling F150 truck – are also adding extra weeks of shutdowns, or producing a smaller range of models than normal.

Ford added that it is “prioritising key vehicle lines for production, making the most of our available semiconductor allocation… and will provide as many high-demand vehicles as possible”. 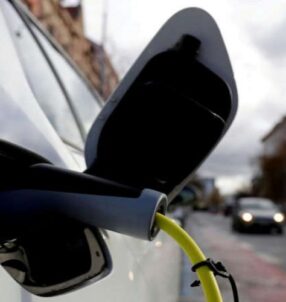