Christmas train journeys for thousands of passengers are under threat, with one in four rail operators cancelling services on Monday due to staff illness.

From Scotland to Cornwall, journeys were being cancelled at short notice forcing customers to board potentially busier trains with less room for social distancing.

The Rail Delivery Group said that 13 per cent of trains across the UK were either cancelled or behind schedule.

Falling passenger numbers were also blamed for cancellations, a result of the current work from home guidance.

Large crowds were seen packed together at Euston station in London as passengers desperate to spend the holidays with their loved ones saw scheduled services cancelled.

Out of the 28 major rail operators in the UK, eight said they were experiencing coronavirus-related staff shortages and issues.

A Transport for London spokesperson said that despite maintaining a good service on Monday, there were currently around 500 “non-office” based staff off work.

A spokesman for Railfuture, an independent campaign group representing over 20,000 commuters, said: “These shortages are tough and you can’t blame the rail operators for coronavirus related illnesses but one would hope they are doing their best to keep the passengers informed and also drafting in as many reserves as humanly possible.”

Rail operator Greater Anglia said that while 90 per cent of its network was running as normal they had to expect more staff shortages.

ScotRail said it was working “flat out” to ensure as many journeys as possible were unaffected but they had been forced to cancel up to 150 out of 2,000 trains on the “worst” days in recent weeks.

Avanti West Coast also warned that short notice cancellations were a possibility but said tickets purchased for cancelled trains would still be valid on earlier, or later departures.

The Rail Delivery Group urged people to check timetables before they travelled.

A spokeswoman added: “We aren’t able to run every train as planned at the moment but we know people want confidence that their train is going to turn up so we will be working hard to give clear, accurate and timely information and people should check before they travel.” 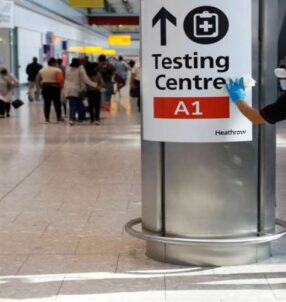