You are here: Home  /  CYPRUS  /  Christmas traditions in Cyprus and Greece
CYPRUS Christmas traditions in Cyprus and Greece

To the members of the Greek Orthodox Church, Christmas comes in second after Easter. However, this is not to say that Christmas isn’t widely celebrated with unique traditions. It’s difficult to differentiate the traditions between Greece and Cyprus because they are merely the same.

On Christmas Eve, everyone goes to church; children around the villages travel from house to house singing Kalanda (carols) and are rewarded with sweets and fruits from the locals.

As family and friends arrive for the Christmas Day feast, which is much looked forward to following 40 days of fasting, they greet one another by saying, “Hronia polla” (Many happy years).

Pigs are slaughtered and are on most dinner tables, alongside dishes such as roast turkey stuffed with rice, chestnuts and vegetables or other meats such as lamb.

Sweets and treats such as Kourabiedes (almond cookies) and Melomakarona (honey spiced cookies) are also placed on the table as a Greek Christmas tradition.

On almost every dinner table, there are loaves of Christopsomo (Christ Bread) which is a round loaf, decorated on the top with a cross.

Both Greece and Cyprus share a different tradition to the UK – instead of opening presents on Christmas Day (25th December), the exchange of gifts takes place on 1st January, St Basil’s Day.

On this day the “renewal of waters” also takes place, a ritual in which all water jugs in the house are emptied and refilled with new “St Basil’s Water.”

Christmas Trees have become more popular but are not traditional. Most houses will have a shallow wooden bowl with a sprig of basil wrapped around a wooden cross hanging from the wire instead. Once a day, someone dips the cross and basil into some holy water to sprinkle water in each room of the house. This is believed to keep the bad spirits (Kalikantzari) away.

Kalikantzari are believed to be a species of goblins or spirits who appear only during the 12-day period from Christmas to the Epiphany (January 6). They are meant to emerge from the centre of the earth and to slip into people’s house through the chimney!

The Kalikantzari cause mischief more than harm. Having a fire burning through the twelve days of Christmas is meant to keep them away. 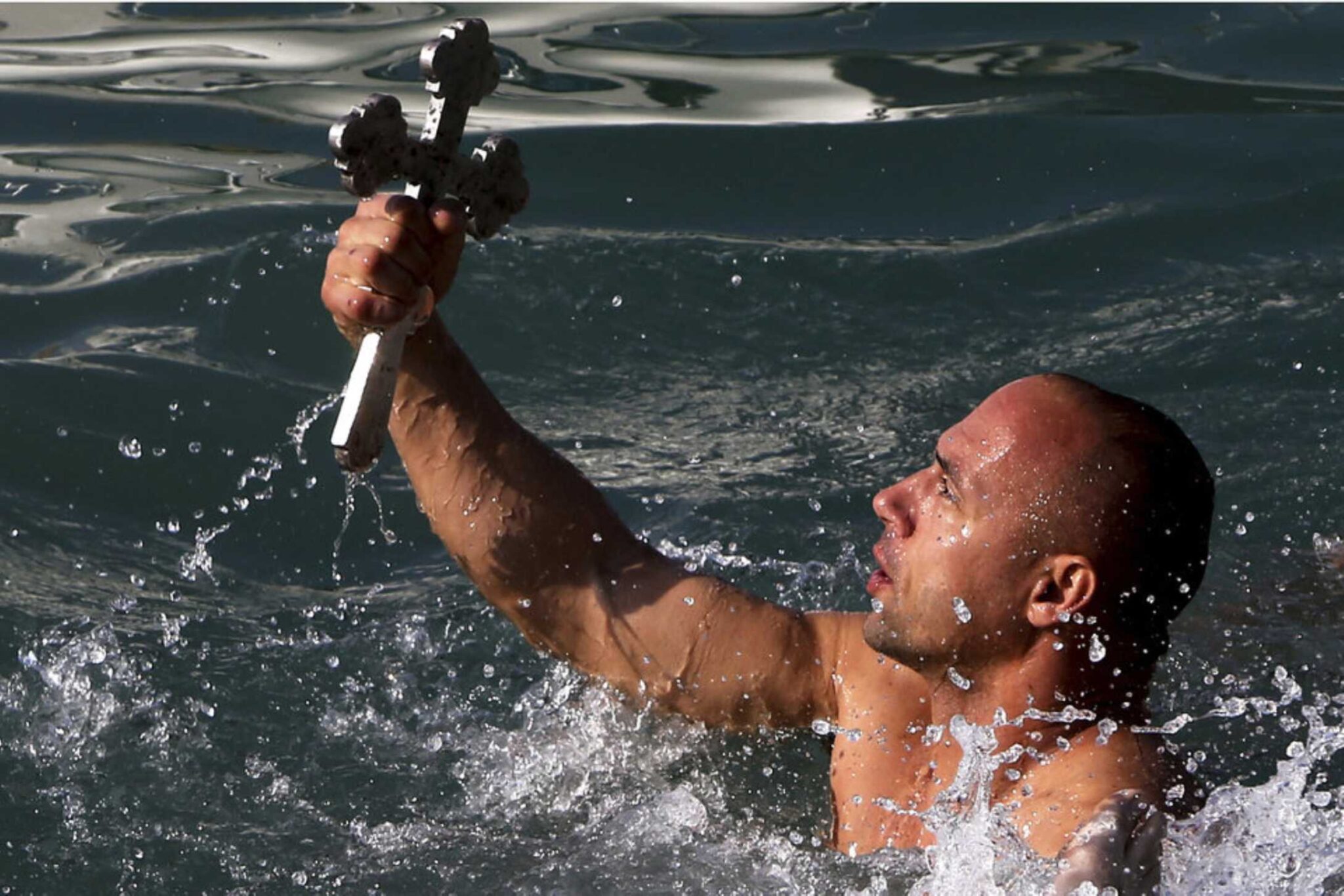 On Epiphany, the ceremonial blessing of the waters takes place.

Young men dive into cold rivers and sea to try to be first to get a cross which has been blessed by a priest and thrown into the water. Whoever gets the cross first is meant to have good luck during the coming year.

Epiphany festivals also include music, dancing and lots of food. 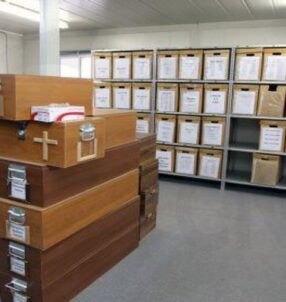