Cristiano Ronaldo has swapped mansions less than a fortnight after moving back to Britain.

The striker, 36, is said to have switched his seven-bedroom, £6million house in Cheshire for a £3million one owned by a former Manchester United striker Andy Cole.

The star was reported to have moved partner Georgina Rodriguez, 27, and their four children from their first house after less than a week before finding the new place.

His new mansion, which is understood to also be in Cheshire, allegedly comes with a pool, cinema and a garage big enough for four cars. It also reportedly comes with CCTV cameras, electric gates and has security guards on patrol.

Estates Agents are said to rank the property highly due to ‘gardens which screen the house from view’.

A source told the Sun: ‘Ronaldo lived close by during his previous stint so it feels like home.

‘His kids are in a private school and he hopes that once the buzz of his return to United dies down, he can take Georgina out and show her his favourite local spots.’

Ronaldo admitted earlier this week he was ‘super nervous’ before making a sensational return for Manchester United at Old Trafford.

He scored twice on his second debut for United on Saturday – and first appearance for his old club in 12 years – to inspire a 4-1 home win over Newcastle.

He has played for Real Madrid and Juventus since leaving United in 2009, but he admitted English football is still the most special stage of all.

Ronaldo said: ‘It’s unbelievable. When I started the game I was so nervous, I swear. Maybe it didn’t show but I was.

‘I didn’t expect to do that, to score two goals. Maybe one but not two. Of course, I’m happy to score the goals, I won’t deny that, but the most important thing is the team.

‘I belong to Manchester United. I arrived here at 18-years-old, they treated me unbelievably and this is why I came back. I’m so proud to be here and I want to win.

‘Everyone knows that the football here in England is different than any part of the world. I’ve played everywhere and, to be honest, England is the most special one.’

The Sun originally reported Ronaldo and his family wanted to move due to bleating sheep keeping them up at night.

But sources close to the footballer pushed back, saying the story was ‘entirely fabricated’. 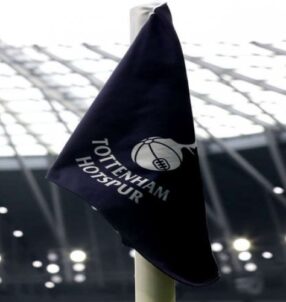