Covid quarantine rules could be dropped for those who have had both jabs
Terms like ‘white privilege’ may contribute to ‘neglect’ of disadvantaged white pupils, report finds
Greek Maritime Golf Event: Golf and Shipping Join Forces for a Good Cause
New categorisation of countries announced by Cyprus Ministry of Health
How the EU’s Renewable Energy Directive risks destroying Europe’s forests Issues of bilateral cooperation and regional issues were on the agenda of a meeting, Cyprus’ Foreign Minister Nikos Christodoulides had with his counterpart, Sameh Shoukry, in Cairo on Saturday.

Christodoulides, who is on working visit to Cairo was welcomed at the Foreign Ministry by Shoukry and they then held a tete-a-tete meeting which lasted an hour.

Cyprus MFA Spokesperson Demetris Samuel wrote on his twitter account that partnership between Cyprus and Egypt is “going from strength to strength, founded on respect for international law and positive agenda for [the] region”.

The Spokesperson of the Egyptian Ministry posted that the two FMs are discussing bilateral cooperation and regional issues of priority for both countries.

The Ministers later held consultations with delegations from their ministries, in the presence of the Ambassador of Cyprus to Cairo Omiros Mavromatis. A working lunch will follow. 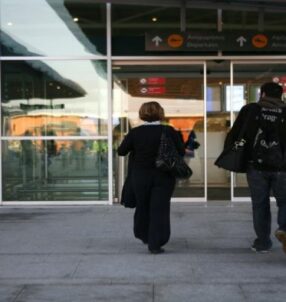 New categorisation of countries announced by Cyprus Ministry of Health