You are here: Home  /  CYPRUS  /  Cyprus extends incentive scheme for airlines to end of 2021
CYPRUS Cyprus extends incentive scheme for airlines to end of 2021

The Cyprus Council of Ministers approved today the extension of an incentives scheme to airlines to address the effects of the Covid-19 pandemic on the connectivity of Cyprus, with a total budget amounting to €8.8 million.

A press release issued by the Ministry of Transport, Communication and Works says that the scheme, also approved by the European Commission, aims to restore air connectivity, which would contribute to the development of the air transport sector, will support tourism and the Cypriot economy in general.

The scheme is addressed to airlines that land and take off in Cyprus and provides that airlines will assume up to 40% of risk for the aircraft load factor.

The lower limit is, according to Cypriot authorities, the starting point for the restart of a route by an airline. A load factor over 70% is considered to be in line with normal market conditions so that support is no longer necessary.

The scheme was initially implemented on July 1, 2020 until December 2020 and was extended until June 30, 2021 following the approval of the European Commission under the temporary framework for state aid measures to support the economy in the current emergency of COVID-19 pandemic.

The scheme was positively evaluated as it attracted airlines which operated from Cyprus and has encouraged airlines to include Cyprus in their flight programmes whereas destinations with which Cyprus had limited or no connectivity increased, the Ministry said. 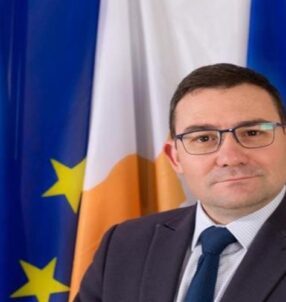