You are here: Home  /  LIFESTYYLE  /  David Suchet opens up about returning to play Poirot
LIFESTYYLE David Suchet opens up about returning to play Poirot

David Suchet’s portrayal of Hercule Poirot is one of the most beloved of all-time, and the actor has opened up about whether he would ever return to the role following the end of the hit series Agatha Christie’s Poirot, which concluded in 2013.

Chatting during the virtual charity event ‘In Conversation with Sir David Suchet CBE’, in order to raise funds for the Tuberous Sclerosis Association, he was asked whether he’d do Poirot the movie, to which he replied: “What an interesting question. Yes! I didn’t make a film, and I’d love to do a film. I’d love to put him on the big screen, I don’t know why, it is just something I would love to do.”

However, he added that he didn’t think it was likely to happen. He continued: “I won’t though. It won’t come my way, I’m too old now anyway. But if it ever dropped through the letterbox, I’d love it.”

The actor has been living in the UK during the pandemic, and opened up about what he’d learned from the difficult year. He said: “What this pandemic has taught me, is the right order of living. It’s not work and it’s not materialism. It’s to do with relationships. Relationships with people, like your family and even people you meet in the street.

“Even though you’re socially distancing in supermarkets, suddenly people are talking to each other in a way that’s new. I’m not itching to dive back into the life that I had before.”

Kenneth Branagh is the latest star to play Poirot on the big screen, and is set to reprise the role for Death on the Nile. Speaking about the film on The Fourth Wall podcast, he said: “Going off of Agatha Christie’s personal treatment of it, his deepening of what Poirot goes through in relation to the story and then the power and sexiness of lust and love as it runs through the story is very strong. It’s a very dark, very sexy, unsettling kind of film.” 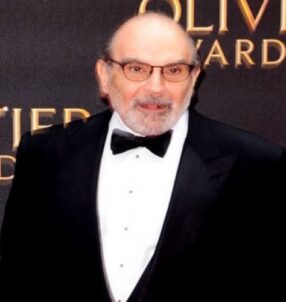