In a social media Tweet, they have urged drivers to check whether their vehicle is compatible with the new petrol before topping up. They warned drivers could do this using the Government’s online E10 checker which can deliver a result within minutes.

However, they also warned drivers who are still unsure must check their vehicle handbook or straight with their manufacturer.

The Tweet said: “E10 fuel has been in the news recently.

“But do you know if you can use it in your car?

“Use this handy checker to see.

“If you’re still not sure, take a look in your car’s handbook or on the manufacturer’s website.”

To use the online checker, drivers must know their vehicle manufacturer and model details.

Motorists must also know the engine size and year it was manufactured to get the most up-to-date information.

Just days ago, an investigation for classic car experts at Hagerty found the Government’s E10 checker may be inaccurate.

After checking the site, it seemed to claim many models which were not compatible with the new petrol could indeed use it.

Included on the compatible list were nearly all Audi and Vauxhall models despite the European Automobile Manufacturers Association (ACEA) issuing warnings for these manufacturers’ older vehicles.

The DfT said the information for their online checker “relies on correct information being provided by manufacturers”.

Despite this, the DfT warns it is the drivers responsibility to make sure they use the right fuel for their vehicle.

Although drivers can get away with accidentally filling an incompatible car with E10 fuel once or twice, regular use is not recommended.

According to Hagerty, tests from the DfT revealed a range of serious issues on non-compatible vehicles. 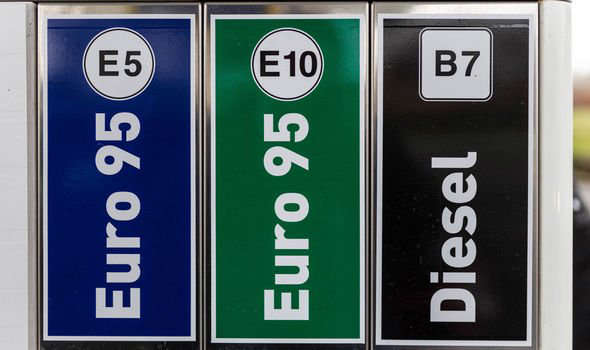 The RAC has previously claimed as many as 600,000 cars may be incompatible with the new petrol.

As a general rule, cars built before the year 2002 which are most likely to be affected.

However, some modern cars may also suffer because E10 compatible parts were not made mandatory for new vehicles until 2011. Petrol shortage UK: Is there a problem with diesel?