You are here: Home  /  AUTO MOTO  /  E10 fuel is ‘another disaster’ and ‘useless’ for drivers as motorists attack new petrol
AUTO MOTO One reader said they would “pick E5 every time” as it was “better for combustion and efficiency”. Readers were reacting to motoring YouTube channel ‘Number 27’ who warned E10 could come with fuel efficiency issues.

They suggested fuel economy issues may affect “every car” on the road which uses petrol”.

TruthSpeak63 said: “Another disaster, did the fuel companies not know E10 was not a good fuel and lower mileage.

“I bet they did and thought bigger profits.”

Another reader added: “Why is anyone surprised?

“From a mechanics point of view if I was given a choice of E5 or E10 and asked which will be better for combustion and engine efficiency I would pick the E5 every time.

“Cheaper E10 will be useless and I will not be using it.”

Flivoless said: “There would appear to be two winners with this E10 fuel, the petrol companies as they will sell more fuel and the Government by way of tax on the additional fuel.

“I can’t see any real benefit whatsoever to the climate for the same reasons.”

Reader Backfire added: “This is what happens when politicians, not engineers, get involved with this stuff.

“All these ‘green’ panic moves will cost the country, and therefore us, a fortune.”

Other road users likened the latest E10 update to Labour’s ‘dash for diesel’ in 2001.

Motorists were given financial incentives for cars that emitted fewer CO2 emissions.

This included diesel cars which tend to produce greater quantities of other harmful pollutants such as nitrogen oxides.

Years later, diesel owners are being punished in the form of Clean Air Zone charges and the 2030 ban on the sale of petrol and diesel cars.

NotinEU2 said: “Not long ago millions of us changed to using diesel because we were told it was the green option because of better fuel economy.

“Now diesel is the devil and we’re told to buy a fuel that costs more for less mileage.” 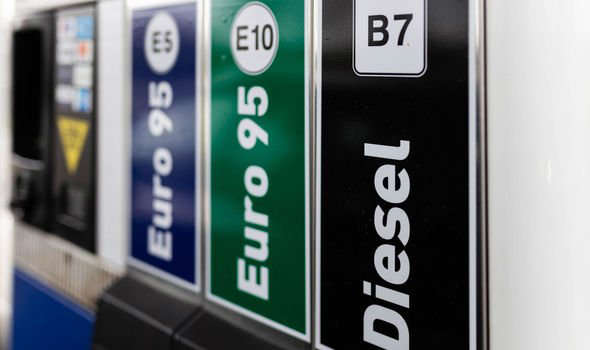 E10 fuel was launched back in September in a bid to reduce vehicle emissions.

The DfT has previously said the new petrol would reduce CO2 emissions by around 750,000 tonnes.

They warned this would be the equivalent of removing 350,000 vehicles off the road in one go.

The RAC warns cars built before 2002 are advised to not use E10 fuel as they will likely be incompatible.

However, E10 compatible parts were only mandated from 2011 meaning many more older vehicles may be unable to use it.