The European Union’s permanent physical presence at the quinquennial beauty contest of nations and world powers is limited to an office tucked away from the public at the end of a hidden hallway, EURACTIV discovered while visiting the Dubai Expo in the United Arab Emirates.

In a statement in September, announcing the bloc’s participation in the event, the European External Action Service (EEAS) said that “Expo 2020 Dubai will be a significant opportunity to prepare for a more sustainable future by engaging with participants from around the world”.

The World Expo, postponed for a year due to the pandemic, is the first fair to be held in the Middle East, Africa and South Asia region.

The EU’s diplomatic arm committed to promoting 40 events and activities during the event, expected by its organisers to attract 25 million visitors over the course of six months. Festivities were organised under the blue flag during the “EU Honour Day” on 23 October.

However, despite the EU being present on the map, alongside other international structures, and included in signage pointing to pavilions, EURACTIV discovered that its physical presence is reduced to an unremarkable office door at the end of a concrete hallway. 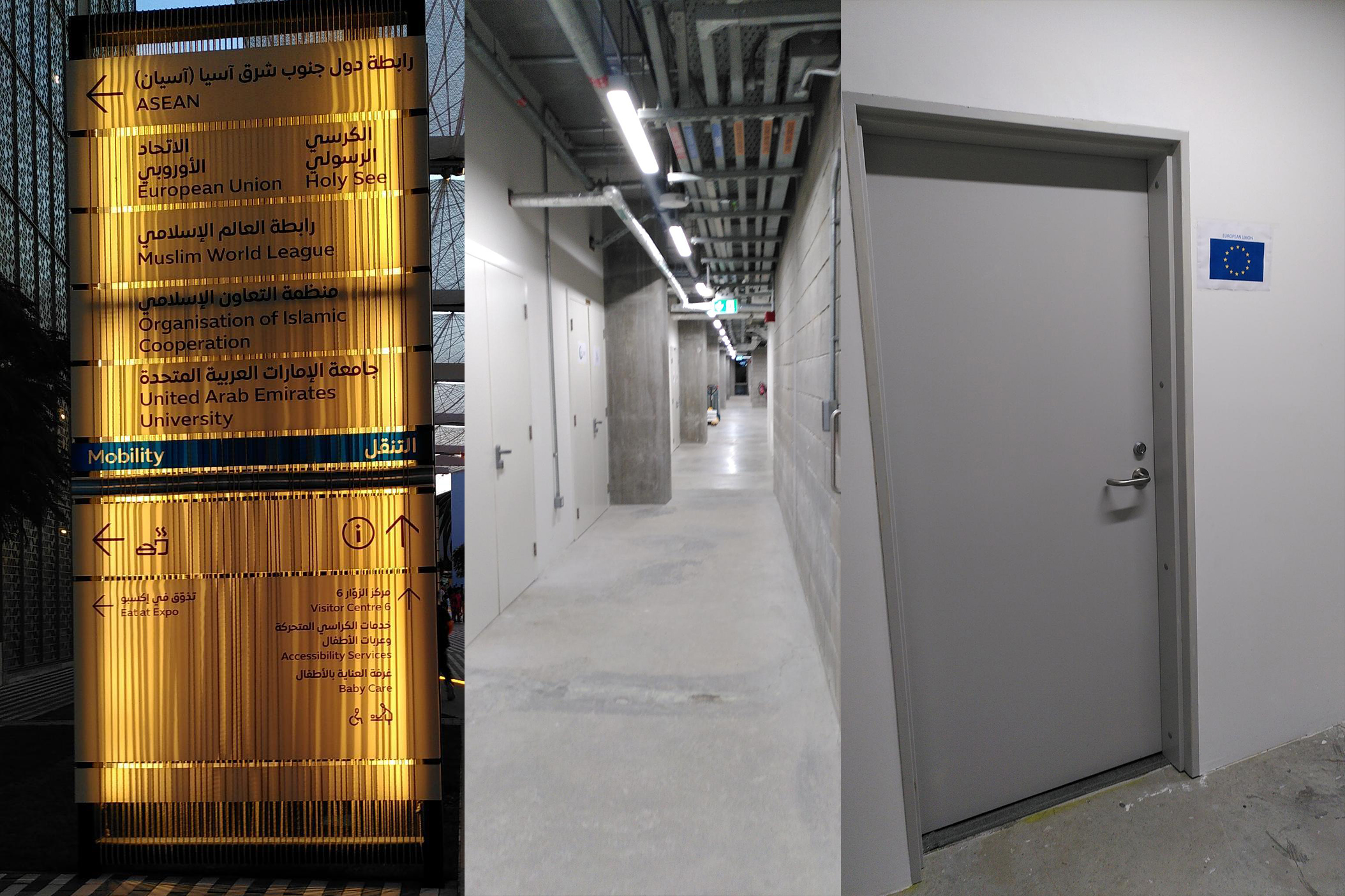 Despite the European Union being present on the map under the ‘Organisations’ category, alongside other regional supra- and intergovernmental structures, and included in signage around the event pointing to pavilions, EURACTIV discovered that its physical presence is reduced to a plain office door at the end of a concrete hallway.

The EEAS and its UAE delegation were not readily available when asked why the EU decided not to have its own pavilion and how its absence sits with the European executive’s stated goal of becoming a “geopolitical Commission”.

Many international organisations, including regional blocs like ASEAN, the African Union and the Gulf Cooperation Council, have chosen to represent themselves with exhibits and pavilions. 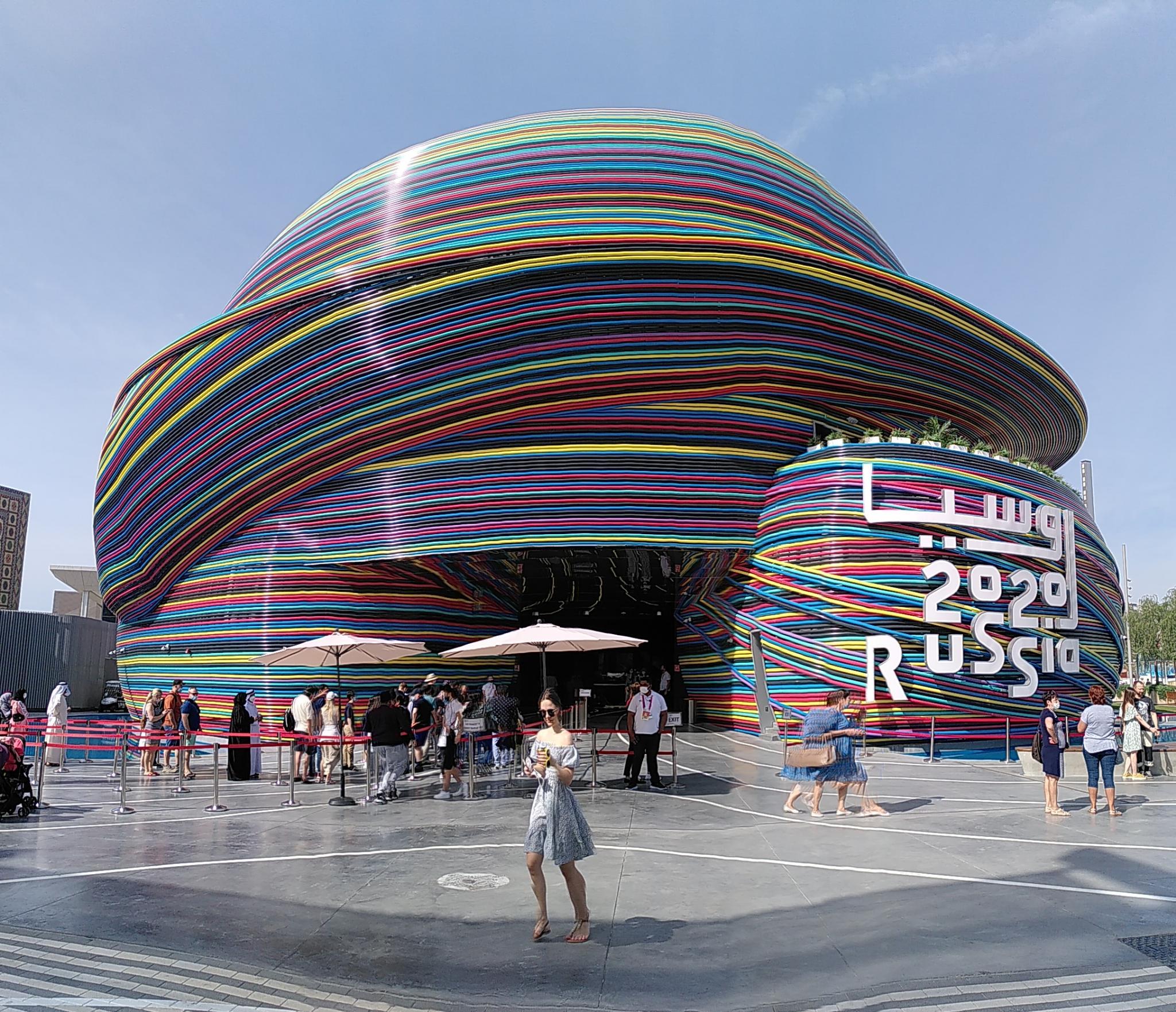 Moreover, the German southwestern state of Baden-Württemberg has its own pavilion, initiated by companies from the region, separately from the country’s federal building.

The EEAS was also unavailable for comment when asked if the EU has chosen to forego setting up a permanent space open for visitors due to cost cutting.

Nevertheless, it seems that financial considerations were also negotiable with the oil-rich host country, which footed the $60 million bill for the US pavilion. 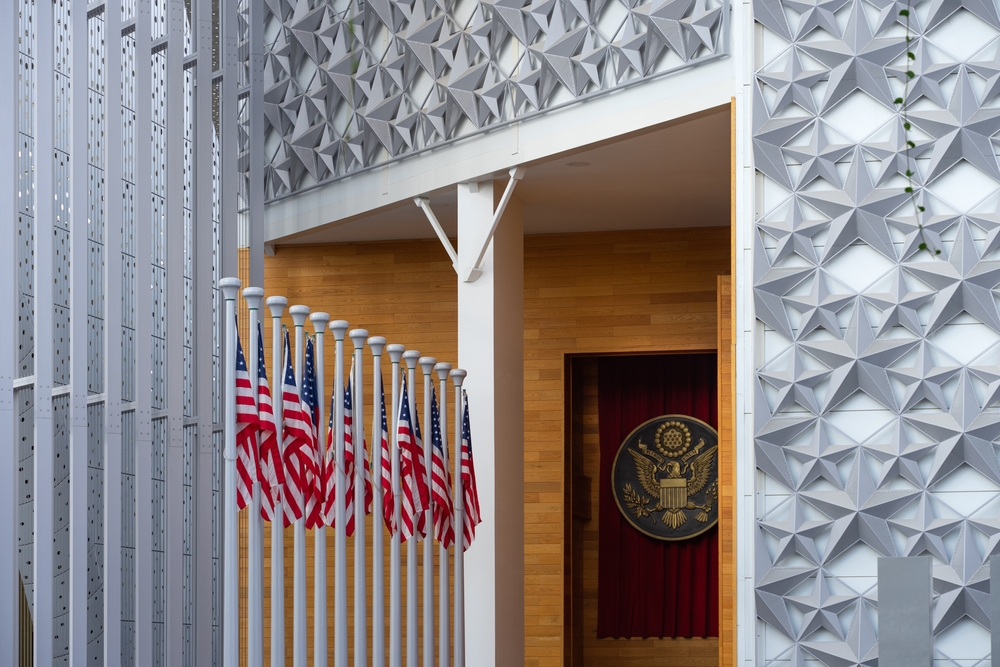 In a resolution on 15 September, the European Parliament blasted the UAE’s human rights record, calling on international companies to drop sponsorships and for the EU countries to withdraw from participation. The UAE rejected the accusations.

Yet, despite several condemnations by its human rights experts of the jail conditions of human rights activists in the country, the United Nations went ahead with participation and was given a prime place in one of the main thematic pavilions of the exhibition, the central building of the “opportunity district”.

“Expo 2020 represents an extraordinary opportunity for the United Nations to engage millions of people and create lasting engagement, for action and impact,” the organisation said on its website.

It has also created official UN special gifts for the event to be sold as merchandise.

“This is a moment when the countries of the Middle East are seeking to assert themselves on the international stage and take more ownership of both their domestic and foreign policy challenges”, Jamie Shea, a senior fellow at the Brussels-based Friends of Europe think tank, told EURACTIV.

Shea said the presence of outside powers, such as Russia, China, Iran and Turkey, and perceived declining engagement of the US “makes it all the more important that the EU increases its visibility too”.

Whether through a pavilion or otherwise, “it should engage fully in the public diplomacy events and opportunities that the Dubai Expo has to offer”, the former NATO deputy assistant secretary general added.

The European Commission is due to present its communication on a partnership with the Gulf in the second quarter of 2022.